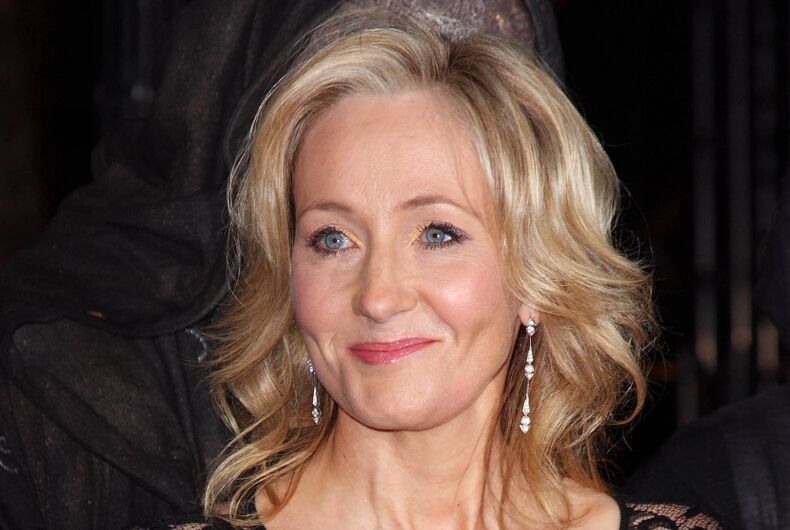 JK Rowling condemned three transgender equality activists who protested outside her home on the Transgender Day of Remembrance – comparing their protest to rape threats – and sent her 14 million followers on Twitter to attack them.

The transgender equality activists have already deleted social media accounts or made them private.

Comedian Holly Stars, actor Georgia Frost, and drag performer Richard Energy protested in front of Rowling’s home this past Friday with signs that read “Trans liberation now,” “Don’t be a cissy,” and “Trans rights are human rights,” according to Pink News.

In her Twitter thread, Rowling said that she called the police, although she did not say what the activists did that was illegal.

She compared herself to several other prominent writers who have made anti-LGBTQ and particularly anti-transgender statements, including Julie Bindel, Kathleen Stock, Marion Miller, and Raquel Sanchez. She said that the writers “have been subject to campaigns of intimidation which range from being hounded on social media, the targeting of their employers, all the way up to doxing and direct threats of violence, including rape.”

While Rowling said she’s against people being “hounded on social media,” she then proceeded to post the names of the three activists on her Twitter feed for her 14 million followers.

The activists “thought doxxing me would intimidate me out of speaking up for women’s sex-based rights,” Rowling wrote. “They should have reflected on the fact that I’ve now received so many death threats I could paper the house with them, and I haven’t stopped speaking out.”

Editor’s note: An earlier version of this article called the activists “transgender activists,” which referred to their purpose, not their identities. Responses from readers – as well as from respected LGBTQ journalists – helped us to understand that that expression can be understood differently than we intended. The article has been updated and we at LGBTQ Nation will be more careful with expressions like this one in the future.