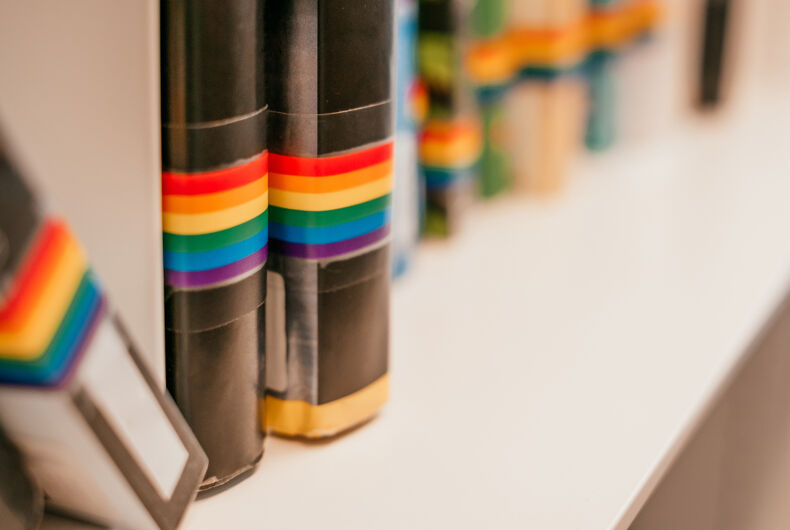 As part of the religious right’s continued attack on LGBTQ content in schools, a member of the Flagler County, Florida school board filed a police report regarding an LGBTQ book available to teenagers.

Jill Woolbright contacted the Sheriff’s Office after discovering that four copies of All Boys Aren’t Blue – a memoir about growing up Black and queer by George M. Johnson – were available to students in three of the district’s schools.

Yet Woolbright believes the book violates a state law against obscenity, which states that, “a person may not knowingly sell, rent, loan, give away, distribute, transmit, or show any obscene material to a minor.”

“My concern is for the children of Flagler County,” she told the Palm Coast Observer. “This book needs to be investigated as a crime in our media center. This is pretty heavy stuff, violating our own policies. That’s why I felt the need to file the report, so I know it will be investigated.”

Flagler Live reports that no parents have actually filed a complaint against the book, or any of the other three Woolbright is seeking to ban, including the critically acclaimed The Hate U Give by Angie Thomas.

In fact, school board attorney Kristy Gavin said the school district has never banned a book before. Until now, no one has ever even tried.

In the meantime, the books have been pulled from library shelves until a decision is made.

Johnson, the author of All Boys Aren’t Blue, said that discussions of secuality in their book is there to help people “understand how hard it was for me to go into sex so inexperienced while carrying the trauma of my past.”

“I didn’t want those parts to make folks cringe,” they told NPR. “I wanted people to understand why they were cringing. Why they wouldn’t cringe at a straight sexual experience being explained but cringe during mine. This book was as much part educational as it was pushing back on whatever norms forced you to think my sex wasn’t valid or shouldn’t be talked about in its full truth.”

According to Raw Story, Woolbright said that being on the school board was her “calling” while appearing on a radio show in May. She also spoke about how her religion impacts her role.

“Who I am is a child of God and it influences everything I say and do,” she said, “because that’s what it means to be a child of God. I’ll just put it out there, yes I am a Christian, and people knew that going in, and it affects my decisions.”

Moves like Woolbright’s are currently taking place across the country, with conservatives repeatedly referring to anything with LGBTQ content as obscene or pornographic.

Just this week, the Spotsylvania County, Virginia School Board called for the removal of books with “sexually explicit” content from school libraries with two board members even suggesting the banned books be burned, after a mother found LGBTQ content in the district’s library app.

One of the board members said the content proved the school “would rather have our kids reading gay pornography than about Christ.”

In October, Texas State Rep. Matt Krause (R) demanded schools identify any books they have that cover topics related to sexuality, HIV/AIDS, and STIs, as well as any book that might make students feel “discomfort” or “psychological distress” by “consciously or unconsciously” implying that their race is “inherently racist, sexist, or oppressive,” using language from white parents this past year who protested school districts to stop teaching about racism.