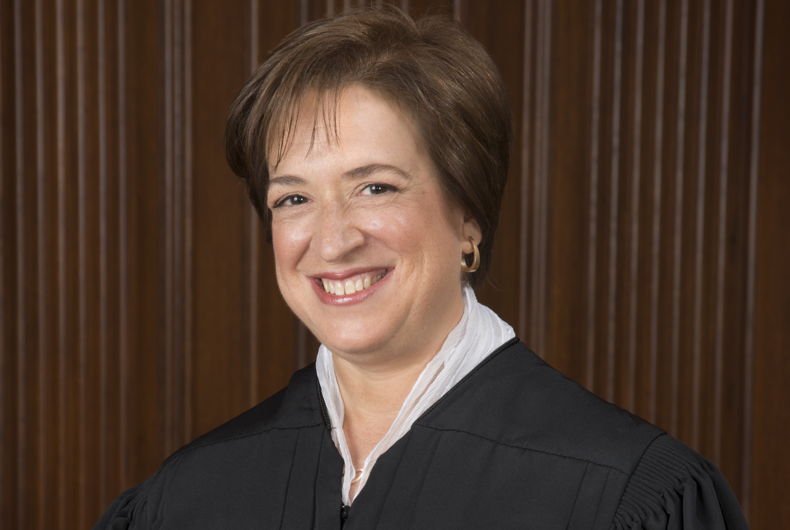 The law got attention for its unusual enforcement mechanism, allowing private citizens to sue for a bounty of $10,000 if they believe a post-sixth week abortion happened instead of just criminalizing abortions. Anyone who helps a pregnant person get an abortion – even Uber drivers – can get sued in Texas now.

“Federal courts don’t enjoin laws, they enjoin officials who enforce the laws,” he argued, saying that the Supreme Court can’t stop the law.

Surprisingly, conservative Justice Brett Kavanaugh took issue with that, calling it a “loophole” to constitutional rights that could apply to any right, including Second Amendment rights. He asked what if a state didn’t ban guns but just passed a law that “everyone who sells an AR-15 is liable for a million dollars to any citizen.”

Stone said that would be OK since his argument “does not turn on the nature of the right.” He said that the only way to stop laws like S.B. 8 would be for Congress to pass a law banning states from passing them, but the Supreme Court can’t do anything.

Kagan didn’t like that argument, saying that could be “many years from now” and cause “a chilling effect that basically deprives people who want to exercise the right from the opportunity to do so in the maybe long-term interim.”

This argument worked enough to stop the court from issuing an injunction in September, which could have prevented the law from going into effect while the court process was happening even though the abortion ban clearly violates Roe v. Wade’s protection of abortion before a fetus is viable or 24 weeks.

Supporters of abortion choice in Whole Woman’s Health are arguing that state judges and court clerks can be sued since they’re effectively in charge of enforcing this law.

“The combined effect is to transform the state courts from a forum for the protection of rights, into a mechanism for nullifying them,” argued Marc Hearron of the Center for Constitutional Rights.

Stone, though, said that courts and clerks can’t be sued over this law, which is why Kavanaugh asked if this “loophole” can be used for any other right.

Kavanaugh also brought up marriage equality, saying that a state could pass a law that says “anyone who declines to provide a good or service for use in a same-sex marriage, a million dollars, is sued by anyone in the state.”

Kavanaugh’s example shows his opposition to LGBTQ equality. The Supreme Court has never found that the Constitution protects a Christian business owner’s “right” to refuse to serve LGBTQ customers. In fact, many states and municipalities have laws similar to what he stated as a hypothetical: civil rights laws that ban businesses from selling a product to only one group of people but not another if they’re part of a protected class.

Currently, Christian conservative organizations are trying to get a case to the Supreme Court to create such a right. Earlier this year, lawyers for Arlene’s Flowers in Washington state, asked the Supreme Court to overturn a judgment against them after they refused to sell flower arrangements to a gay couple.