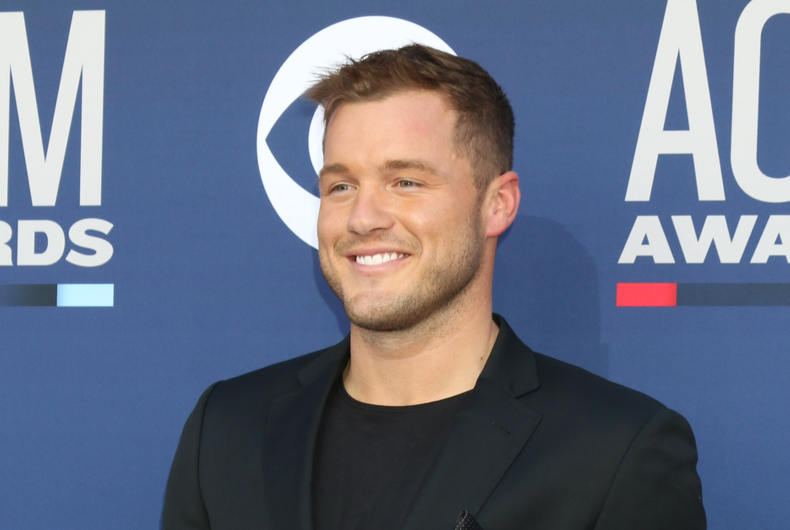 Coming Out Colton, the Netflix series following former Bachelor star Colton Underwood as he decided to come out publicly, is being released in the United States on December 3.

The series documents Underwood’s public coming out, which happened this past April. The streaming service giant is beginning to release promotional content and information for the controversial six-episode show.

As Netflix describes it, in Coming Out Colton, viewers will see “Former NFL player and ‘Bachelor’ star Colton Underwood embarks on a journey to embrace his new life as an out member of the LGBTQ community. His fellow former football player Michael Sam, former Olympic skier Gus Kenworthy, and CMT host Cody Alan, all of whom are already out, are confirmed to appear as “friends and mentors” in the show, alongside actress and LGBTQ advocate Fran Drescher.

Most details of the show remain under wraps, but Underwood opened up about it while sharing a newly released poster for the show.

“This image was captured moments after I came out to my dad, which was one of the most meaningful parts of my coming out journey,” Underwood wrote.

He added, “I’m looking forward to sharing more of my story with you including the lessons I’ve been learning along the way.”

The show is already facing strenuous backlash due to the fact that Underwood was accused of stalking and abuse in a restraining order petition filed by Cassie Randolph, who won the season of the Bachelor with Underwood and dated him for close to a year. Underwood came out shortly after the allegations.

Hundreds of thousands of people signed a petition or voiced their disapproval online, calling on Netflix to pull the plug on the series before production was completed. It’s not clear if  any of the show was altered due to the mass amount of complaints.

Randolph later dismissed the restraining order and asked the police to drop the investigation. She and Underwood settled privately over the matter, and he apologized to her in his public coming out interview on Good Morning America. While he says he is limited about what he can say about their relationship, he has denied any suggestion that he physically abused Randolph “in any way, shape, or form.”

In May, Underwood also revealed his public coming out was caused by the fact that he was being blackmailed.

Underwood said that he as deeply in the closet last year when he visited “a spa known for catering to gay clientele” in Los Angeles.

He said that he went “just to look” and that he “should have never been there.” He later got an email from an anonymous person who said they had nude photos of him and threatened to out him to the press, and he slowly began to come out to associates and friends after that.

Early rumors about Coming Out Colton, including the fact that Gus Kenworthy would act as his “gay guide,” also led to criticism. In an interview with the Advocate, Kenworthy denied that was his role in the show.

Sam’s involvement in the show serves as a full circle moment between the two. Both were prospects in the 2014 NFL Draft — Sam came out prior to the draft. Underwood did not.

The ex-football prospect fought back tears in an interview this year when explaining how much he has relied on the guidance of fellow out football player Michael Sam, and expressing regrets that he didn’t come out at the same time Sam did.

Alan also shared the poster for Coming Out Colton on social media.

Congrats @Colton Underwood 🥂 Thrilled to join you on the journey! Dec 3. pic.twitter.com/FVon9mBZVR