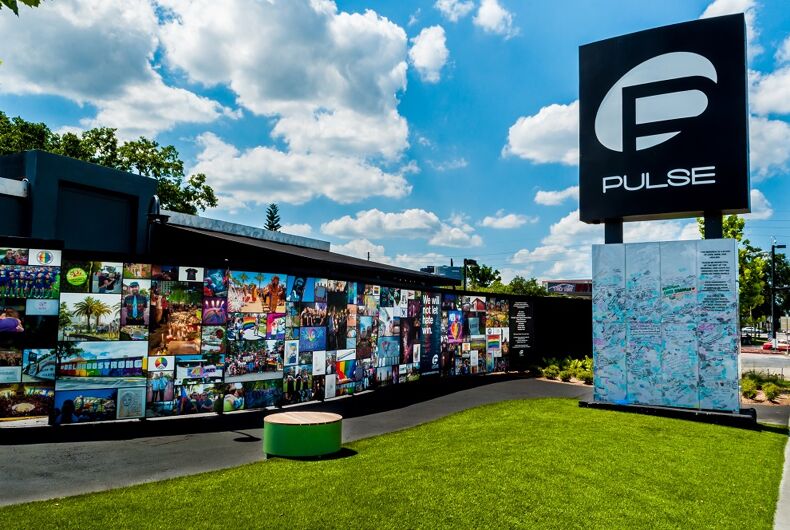 A cold-hearted man in a wheelchair set a memorial to mass shooting victims on fire before fleeing the scene.

The twisted arsonist was caught on video rolling up to the monument before apparently using a lighter to set fire to memorials hung on an outside wall.

The onePULSE Foundation released the video on social media in an effort to help police identify the man. The video, which runs for approximately 18 minutes, shows the man lighting fire to the banners and the subsequent blaze.

“Three Angel banners were burned along with other items within the affected area,” the group wrote with a Facebook post. The arsonist struck on “October 12 around 8:30 pm” according to the posting.

Forty-nine people were murdered and 53 people were injured at the LGBTQ nightclub when a gunman opened fire and barricaded himself in the building with victims. The killer claimed allegiance to Al-Qaeda, but it was later determined that he was not connected to the terrorist group.

A Latin night was underway at the gay nightclub, and for three hours — from the first shots at around 2 a.m. until SWAT teams successfully breached the building — the gunman reigned terror upon his victims. When Orlando Police killed him, he became the 50th death.

Were it not for a recently discharged former Marine working as a bouncer, dozens more would have died. He recognized the popping sounds as gunfire, and he unlatched a door that allowed about 70 people to escape.

Noor Salman, the deranged killer’s widow, was charged with obstruction of justice and aiding and abetting Mateen in providing material support to a foreign terrorist organization. She was acquitted of all charges and lives in hiding.