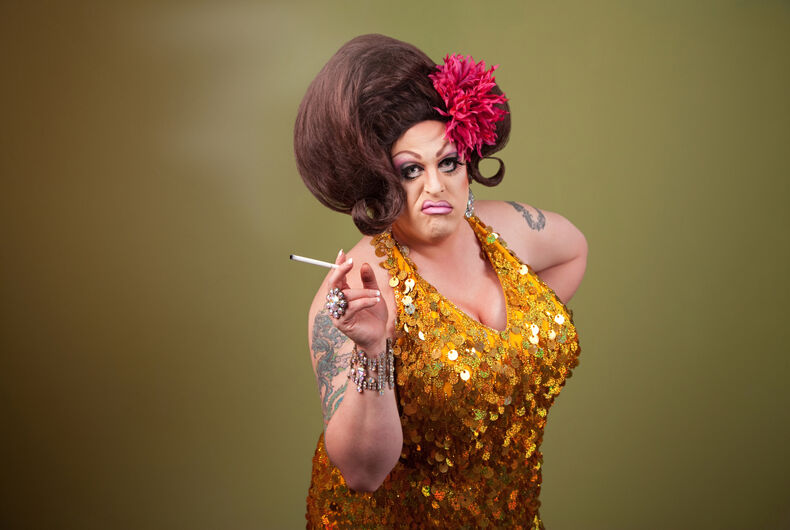 A copycat version of RuPaul’s Drag Race has launched in Russia, one of the most anti-LGBTQ countries on Earth. The country notoriously bans “gay propaganda” in books, movies, television, and online.

The surprise twist that allows the show to air? They’ve tried to remove anything gay from the program.

Related: Daniel Craig explains the night he was seen kissing another man & why he goes to gay bars

The show revolves around Ivleeva to keep it centered on straight people.

“As six drag queens perform in the show’s opening number, Ivleeva descends from the ceiling in a glittering outfit and takes center stage,” the Moscow Times describes.

“For me, this show has nothing to do with the LGBT agenda in Russia,” activist Nikita Andriyanov said, “because nowhere in the Royal Cobras was it said that this show was about LGBT people.”

The paper notes that the show “glosses over the challenging reality in which Russia’s LGBT community lives by mimicking the American glamour of RuPaul’s Drag Race on a surface level.”

The program “opens with a disclaimer that the show ‘is not aimed at forming nontraditional sexual attitudes,'” according to the outlet.

Still, complaints have already been filed with authorities that the show is in violation of the law.

Earlier this year, a Russian printer refused to make BTS posters because they could be deemed illegal “gay propaganda.” Last year, Madonna was fined $1 million for publicly supporting LGBTQ rights during a concert in Moscow.

The only person ever prosecuted for breaking the law was a 16-year-old boy who posted a handful of photos of shirtless men on social media. He was denied a lawyer by police and refused to cooperate.