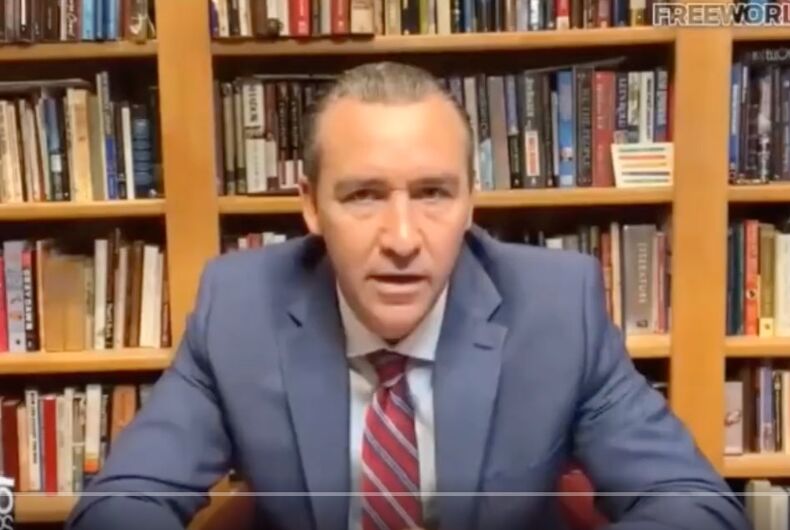 Louisiana megachurch pastor Tony Spell is determined to send his flock to the afterlife. He made national headlines when he refused to close his church during the pandemic lockdown – even after his parishioners started dying from COVID.

The pretend pastor is still railing about the coronavirus and what he sees as persecution of his religious beliefs. He’s so perturbed that he had to insult the governor of New York because she pointed out that all the major religious leaders agree: there shouldn’t be a religious exemption for the vaccine.

Gov. Kathy Hochul (D) has instituted a mandate that requires health care workers to be vaccinated that does not include religious exemptions and she’s been vocal about her opposition to them.

In a recent press conference, she pointed out that she’s not alone in that opinion.

“I’m not aware of a sanctioned religious exemption from any organized religion, in fact they are encouraging the opposite,” Hochul said. “Everybody from the Pope on down is encouraging people to get vaccinated.”

During his online program, Spell expressed his outrage at her plainspoken punch to his ego and his excuses. Hochul didn’t refer to him and likely has no idea he exists, so Spell was indignant.

“She had the audacity, she actually had the testicular fortitude… She may be a man!” Spell ranted while inexplicably showing a photo of Rep. Alexandria Ocasio-Cortez (D-NY) on screen followed by video of the massive explosion at the docks in Damascus, Syria.

Earlier this year, Spell was mocked for declaring that the world needs “manly preachers” with “calloused knees” to fight LGBTQ rights.

“There’s enough fag, queer, skinny-jeaned, homo-effeminate, sissy preachers out there with makeup and mascara on their eyes for the camera,” Spell said.

“We need heroes in this hour! Heroes have callused knees. Heroes might get terminated from their jobs. Heroes might not get invited to the family reunion.”