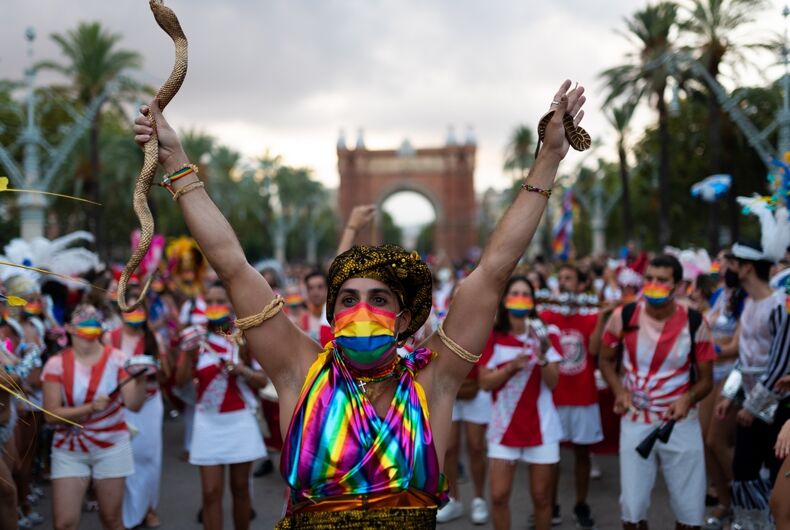 A Spanish woman was diagnosed with “homosexuality” by her gynecologist after seeking treatment for a menstrual condition.

The 19-year-old realized the consequences the doctor’s actions could have on someone struggling with their orientation, saying, “At first, I thought it was funny, but it just isn’t.”

Related: A doctor diagnosed this Michigan mom with “ego-dystonic lesbianism”

According to the teen’s mother, the doctor asked about her sexual orientation and then asked if he could include the information in her medical record. The teen consented, thinking it was relevant.

They reported the doctor to a local LGBTQ organization that filed a complaint with local authorities and governing medical bodies. The group seeks an apology and explanation from the provider.

The doctor’s employer, a regional health center, said “all necessary measures would be taken to properly establish the facts and to proceed accordingly.” So far, they said it appeared to be a paperwork mistake but said they had already apologized to the patient.

The group says the teen is not the only person reporting issues with local healthcare providers.

“Our association has received countless reports of degrading treatment because of sexual or gender orientation,” the statement said. “We find it alarming, unacceptable and intolerable that there are professionals today who are responsible for our health, but who ignore the realities of LGBTI people.”