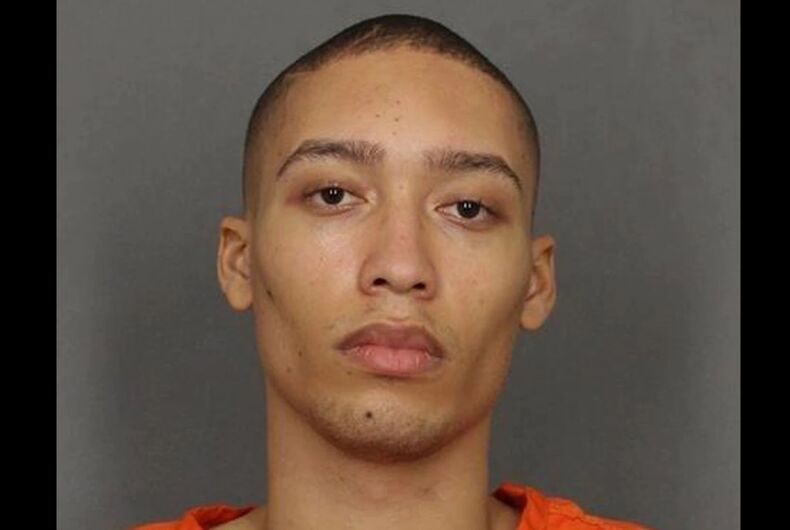 A man allegedly shot and killed his stepfather in New Jersey after an argument over a gay guest. Christian Smith reportedly objected to the guest’s presence at a family gathering.

“He made it known to his stepfather that he did not approve of that person coming into their house … that their house was a house of God,” Assistant Prosecutor Dana Anton told the judge during a preliminary hearing.

Related: Wonder Woman has jumped into the battle over transgender rights & she’s not holding back

Anton told the judge that the argument escalated between the two men until Smith started using a homophobic slur. His stepfather, Dennis McKenzie, took a swing at Smith who responded by pulling a gun out of his waistband and shooting McKenzie three times.

McKenzie, shot in the head and torso, died on the scene in front of his wife and Smith’s younger sibling.

While Smith’s defense attorney claimed he shouldn’t be charged with murder because it was an accident. She noted that Smith dismantled the gun after killing McKenzie and before police arrived, leaving it on the kitchen table.

But Anton convinced the judge there was more to the story.

Smith was filmed on officers’ body cameras instructing his mother not to talk to authorities and it was only after hours in custody that he claimed it was accidental.

His mother had interposed her body between the two men during the argument, Anton said. Smith reached behind him to take the gun out of his belt, aimed it over his mother’s head and shoulders and then shot McKenzie, he argued.

“He took the gun out from behind him, reached over her and fired three times,” Anton said. “You can’t accidentally shoot somebody three times.”

The judge found probable cause to charge Smith with murder and possession of a firearm for an unlawful purpose. He had a license that allowed him to carry the firearm.

While his defense attorney argued that since he had no previous history of violence, he should be released pending trial.

“The weight of the evidence in the eyes of the court in this matter are very strong,” the judge said. “Even with the argument that this was somehow an accidental discharge, he still had to take a loaded handgun out of his waistband at a family gathering … I find that he represents a danger to the community.”

How the extreme right is weaponizing bigotry to campaign in Virginia