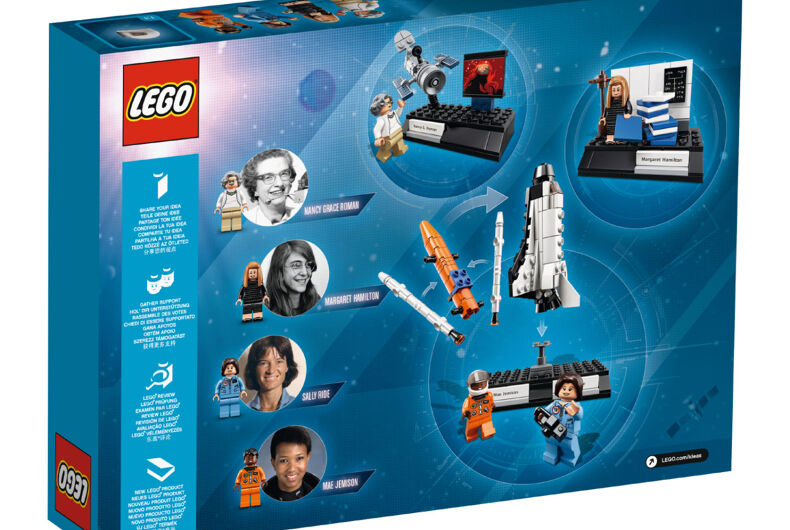 Lego is working to eliminate gender stereotypes from its products after a study revealed that both parents and kids continue to view toys as gendered.

A survey from the Geena Davis Institute on Gender in Media, commissioned by Lego, found large differences remain in the toys parents expect boys to play with and those they expect girls to play with, Lego reported. These attitudes are also connected to the type of career paths parents ultimately encourage their children to follow.

When asked to think of a scientist or an athlete, parents were also almost six times as likely to picture a man.

As for the kids themselves, the study found that girls are more interested in playing with toys that are stereotypically considered “for boys,” while boys remain more hesitant to play with what they consider “girls” toys.

Seventy-four percent of boys think some toys and activities are only for girls, compared to 62% of girls who believe the same about boys. But despite girls’ willingness to engaged in more diverse activities, the report said they continue to be held back by parents’ and society’s gendered expectations of them.

“Girls are ready for the world but society isn’t quite ready to support their growth through play,” the report from Lego said.

Boys are also suffering from this disparity.

Gender expert and neurobiologist Professor Gina Rippon told The Guardian that the dearth of boys willing to play with girls toys (like dolls) means they’re missing out on building key nurturing skills.

Conversely, she said, girls who are not being encouraged to play with toys like Legos “aren’t developing the spatial skills that will help them later in life.”

“Until societies recognize that behaviors and activities typically associated with women are as valuable or important,” Di Nonno said, “parents and children will be tentative to embrace them.”

Julia Goldin, chief product and marketing officer at the Lego Group, said the company is working hard to market its toys to all genders. Online, customers cannot search for toys by gender and none of the company’s products are labeled as for girls or for boys.

“We’re testing everything on boys and girls, and including more female role models,” said Goldin. “Our job now is to encourage boys and girls who want to play with sets that may have traditionally been seen as ‘not for them.'”

The company said it will also continue to work closely with the Geena Davis Institute to improve its practices.

Lego is the largest toymaker in the world. As such, its actions could have a massive influence. The survey involved almost 7,000 parents and children from seven countries: the Czech Republic, Japan, Poland, Russia, the UK, China, and the US. It did not appear to cover gender identities beyond “girl” and “boy.”

How a psychologist & an activist created Coming Out Day decades ago