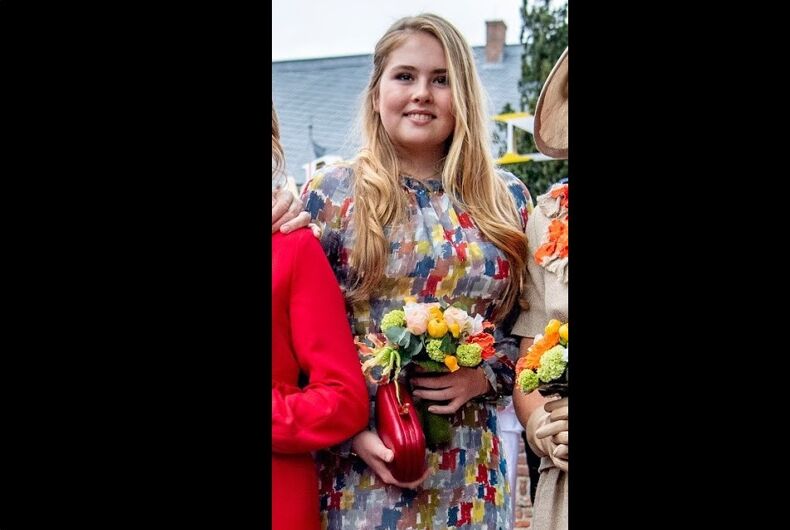 Princess Amalia, the Dutch heir to the throne, would still be eligible to take the throne if she were to marry another woman.

The decision, announced by the Netherland’s Prime Minister, came after a formal inquiry from Parliament.

The princess is very private and details about her personal life are scarce. Her sexual orientation isn’t publicly known.

“The government believes that the heir can also marry a person of the same sex,” Rutte wrote in a letter to parliament.

“The cabinet therefore does not see that an heir to the throne or the King should abdicate if he/she would like to marry a partner of the same sex.”

If her father, King Willem-Alexander, were to die, she would immediately take the throne.

The government did not weigh in on the subject of any children and succession, saying “it’s frightfully complicated,” because the law requires the king or queen be succeeded by a “lawful descendent.”

“Let’s cross that bridge if we come to it,” he told Dutch TV.

The princess turns 18 in December and has declined the yearly allowance of about $1.8 million provided to royals as income and for the salaries of personal staff who serve the crown. The decision boosted her popularity; the cost of supporting the House of Orange has stirred controversy as the country suffers coronavirus-related economic issues.

The Netherlands was the first country in the world to legalize same-sex marriage. Last year, they wrote LGBTQ rights into their constitution.