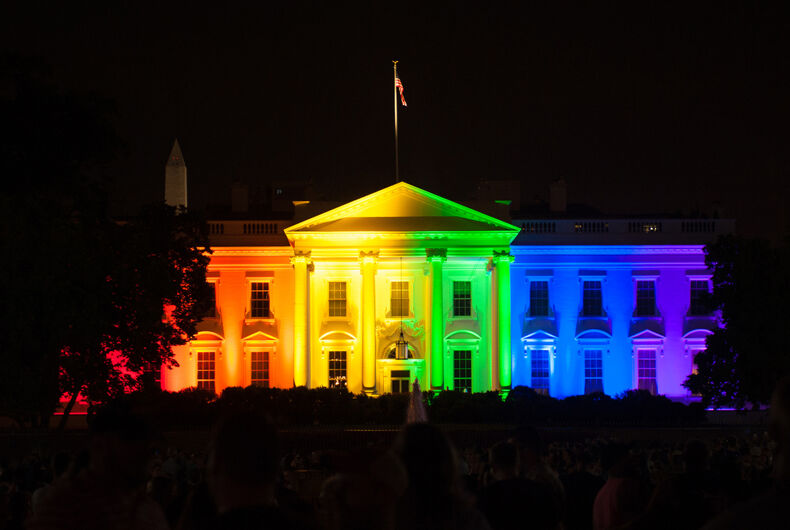 Over 60 House Democrats have written a letter to Secretary of State Antony Blinken demanding that the Biden administration lift a ban preventing embassy workers from discussing same-sex marriage.

The department’s official policy, according to acting principal deputy assistant secretary Scott Busby, is to not “advocate for or against same-sex marriage overseas.”

“We do not ask the State Department to speak to marriage in every country or context,” the representatives wrote. “But we do ask the Department to provide the opportunity to U.S. personnel to defend our values and the dignity of our LGBTQI families at appropriate moments when the power of our example might make a meaningful difference.”

The policy comes “from a good place,” according to Mark Bromley, chair of the Council for Global Equality, but it is now woefully outdated.

“It might have made sense 20 years ago, but now we’re at a point where there are countries where having the U.S. speak up and explain our own path to marriage equality could make a difference,” Bromley told NBC News.

The push is being led by members of the House Foreign Affairs Committee and includes Rep. David Cicilline (D-RI), one of the few out gay members of Congress. The Congressman was named LGBTQ Nation‘s “Hero Defending Democracy” this year after readers chose him as one of the stalwarts defenders of our nation’s freedoms. Cicilline also acted as an impeachment manager during Trump’s second Senate trial.

The Dems admit that some countries “are not at the point” to legalize marriage equality, but “where marriage is a significant public issue abroad, we trust you would want your Administration to be standing on the right side of history.”

“What the embassies have to do first and foremost is listen to the LGBTQI community and ask them, ‘What can we do that would be helpful or not helpful?'” Bromley said, citing countries like Japan, Chile, and the Czech Republic where US support could make a difference.

28 other countries recognize same-sex marriages. 71 countries criminalize homosexuality, including 11 where it is punishable by death.