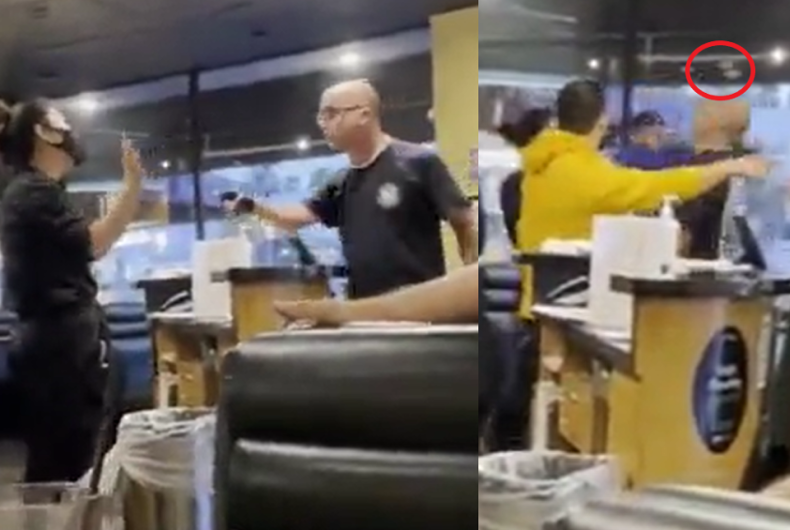 The anti-masker's glasses were knocked off in the altercationPhoto: Screenshot

A video has gone viral showing an anti-masker getting punched in the face in an altercation with a restaurant employee.

The video, which was posted on Twitter yesterday, shows an argument already in progress as the restaurant employee, an Asian woman, refuses to let the man, who is white, be seated because he isn’t wearing a facemask.

“You know what?” the man responds. “Go fuck yourself.”

“Do you know what happens when you discriminate?” the man says, now threatening the employee: “We’re gonna fuck your restaurant up!”

More customers jump up to defend the pro-mask customer. A man in a blue sweater punches the anti-masker right in the face, sending his glasses flying through the air. People scream and it sounds like someone is sobbing loudly.

“Get out, bro!” one customer says.

“That’s your fault!” someone else shouts at him.

Violent attacks on Asians and LGBTQ people have risen dramatically since the start of the pandemic.

How to properly ask an #antimasker to leave the restaurant pic.twitter.com/ltcXmEOGyG