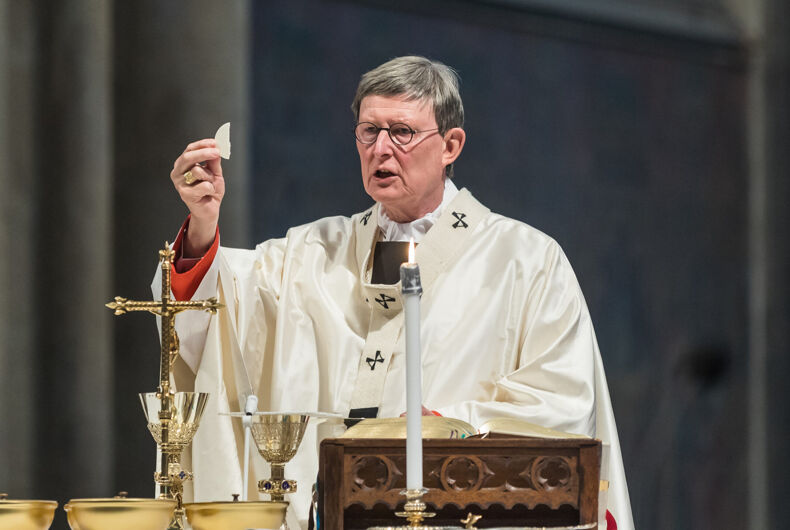 Pope Francis has rejected the resignation of embattled Cardinal Rainer Woelki, the Archbishop of Cologne in Germany who withheld an independent report resulting from an investigation he commissioned. The report showed that Woelki failed to hold clergy in his archdiocese accountable after they were implicated in the Catholic Church’s ongoing child sexual abuse scandals.

But instead of letting him step down, Francis, has ordered Woelki to undertake a six-month “spiritual sabbatical” that will conclude in March 2022. Woelki will then return to his post and continue to be responsible for managing some of the same clergy members.

A Vatican investigation has found Woelki has “made major mistakes in his approach to the issue” that “has contributed significantly to the fact that there is a crisis of confidence… which disturbs many believers.”

The Vatican has criticized his actions, but deemed them not illegal, according to the National Catholic Reporter.

Woelki has previously indicated he would step down if he was disciplined over the scandal, but later said “Such a resignation would only be a short-lived symbol” of change within the Church.

Woelki is an influential leader in the Church, once considered “the prototype of a new generation of bishops.” Yet, while he was previously praised by pro-LGBTQ groups in the past, he has advocated against LGBTQ recognition and actively pushes conservative policies within the Vatican.

When he first became Archbishop of Berlin in 2011, past comments reaffirming the church’s position on homosexuality put him at odds with the city’s established LGBTQ community. Berlin had a very active LGBTQ community in the city’s culture and at the time, had an out mayor. Woelki, however, said he was “open to all without reservations” and continued to acknowledge same-sex relationships and show support for the LGBTQ community in public comments.

He changed course in recent years, however, and in 2012, he declined to take a nomination for the Respect Award from the Alliance Against Homophobia. He has recently defended Francis’s decision not to recognize same-sex marriages, saying in 2019, “The Church cannot be bullied into changing her doctrine if change contradicts the spirit of the gospel.”

He bemoaned that “Somehow, everything [in media reports] seems to revolve around sex, directly or indirectly: celibacy, re-marriage, cohabitation without marriage, homosexuality, sex outside marriage.” Woelki wrote that “The Church should be careful not to confirm this distorted picture by limiting herself to these debates.”

He has also criticized progressive policies being pushed by some as an attempt to force the Church to “adapt a new reality of life.”

Woelki commissioned a Munich law firm to investigate and report on the archdiocese’s handling of child abuse. When it was scheduled to be released in the fall of 2020, Woelki prevented it, delaying the release until representatives of Pope Francis stepped in earlier this year. Woelki’s actions led to a “crisis of trust” in his archdiocese.

“This has led Pope Francis to accommodate Cardinal Rainer Maria Woelki’s wish for a spiritual time-out,” the Holy See stated, according to EuroNews.

This is the third recent Vatican official implicated in covering up abuses by clergy in the Catholic Church that Pope Francis has refused to let resign. Cardinal Reinhard Marx and Archbishop Stefan Hesse were both refused the opportunity to leave the Church.