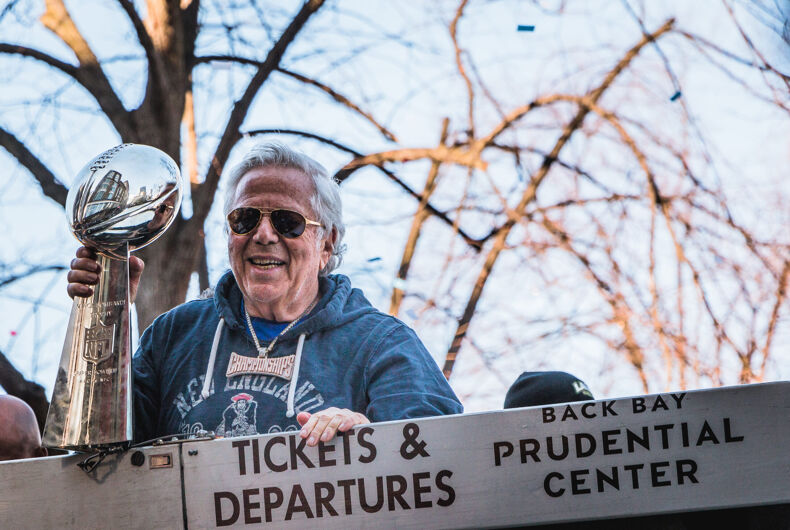 And when the game ended, he made sure to say hello and take photos with everyone, offering encouragement and support to the players.

“One of the most successful and powerful owners in pro sports was taking time out of his Saturday morning to visit a nondescript park deep in Dorchester and schmooze with gaggles of football-loving gays,” player Alex Reimer wrote on OutSports after the game. “It’s hard to imagine many other owners doing the same thing.”

The Patriots joined the team to raise donations for Hope & Comfort, a charity that is trying to eliminate hygiene insecurity for youth and families. 25,000 items were donated.

The Patriots – and Kraft – have been staunch LGBTQ allies for years.

“We’re doing the best we can to be great allies, but we’re aspiring to be the best advocates as possible for the LGBTQ+ community,” Josh Kraft, president of the New England Patriots Foundation told Reimer. “We just have — whether it’s religious, ethnic, sexual orientation differences — we’re all the same people.”

“And on Saturday, we were all there watching football,” Reimer added.

Great to see Robert Kraft at the @FLAGFlagBoston season opener. He is cheering me on! pic.twitter.com/GeM1eRmSin