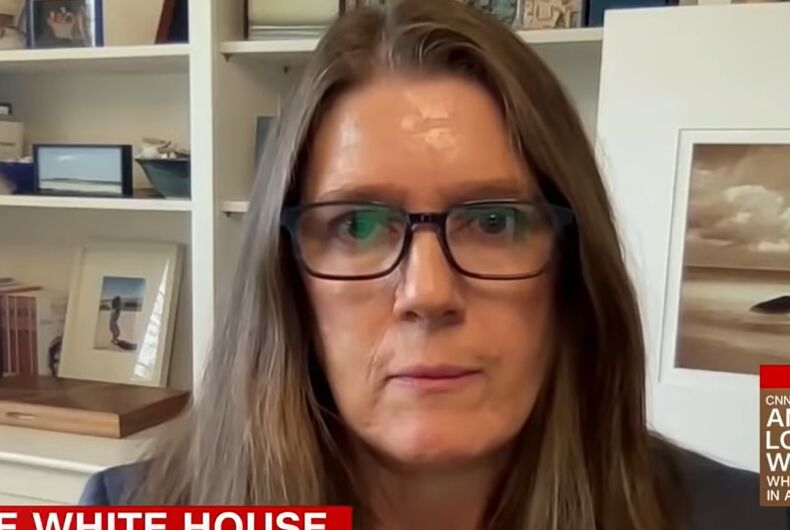 Donald Trump’s out niece Mary Trump, a clinical psychologist, examined her uncle’s “bizarre” decision to provide commentary for a boxing match on the anniversary of the September 11 attacks on the Twin Towers.

Donald Trump caused a stir this past week when it was announced that he would guest-host a pay-per-view boxing match featuring Evander Holyfield on September 11, while other former presidents attended more somber memorials to the people who died during the terrorist attack.

At the beginning of the match, another commentator noted that it was September 11, and Donald Trump said that it’s “one of the most important days” before attacking President Joe Biden.

“We should have never allowed to happen what happened in Afghanistan with 13 great warriors and many injured and many people killed in these final few days and it was just a shame,” he said.

Mary Trump said that this “bizarre behavior” is a result of the fact that Donald Trump “is not a decent human being” and that he will face no real repercussions for it, noting that a majority of Republican voters want Donald Trump to lead the party.

“Where’s the pushback?” she asked. “Nobody raised their voices on his side of the aisle against that appearance so he will continue to get away with whatever he can get away with as long as they let him.”

She said that Republican leadership has failed to even criticize him, now and as he has been lying about winning the election in 2020, which he did not.

“They are not taking a stance against his spreading the first big lie about the election. They’re not taking a stance about his second big lie about the insurrection, and last I checked, nobody pushed back on the fact that on the 20th anniversary of the worst tragedy to hit this country, he was commentating a boxing match to line his own pockets.”

Mary Trump also talked about how her uncle tried to stand in front of the White House for the press after he left the hospital for treatment for COVID-19 last year, having difficulty breathing.

“In my family, showing any kind of weakness, even if it’s succumbing to a virus, is considered fatal,” she said. “You don’t ever want to admit any kind of weakness at all. And he was probably quite afraid that he was not going to be able to either to pretend that he was okay or continue to recover, which ultimately he did. But I saw a completely terrified man who didn’t know what to do in that moment.”