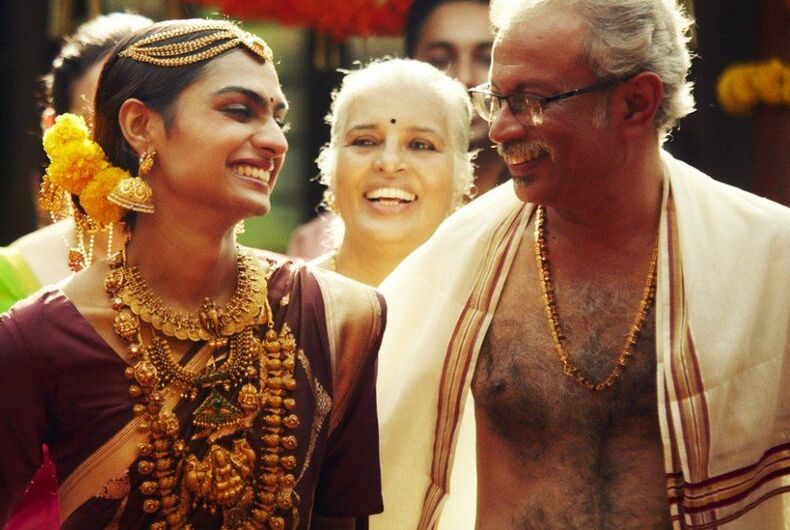 A jewelry advertisement has become the talk of the internet – and India – for its groundbreaking theme. The spot features a transgender actress.

The firm specializes in traditional wedding jewelry and the ad includes the tagline “Pure as love.”

While transgender actors and themes in commercials have gained wider acceptance in other countries, Bhima Jewelry’s customer base is in rural India. They say any feared backlash, however, was quickly thrown out the window after the ad went viral and the kudos started to roll in.

The campaign was originally met with “fears and apprehensions” by her colleagues, Navya Rao, the head of the chain’s online marketing, told the BBC.

“All our previous ads had happy heterosexual brides. So we were worried about how people would perceive it and react to it,” she said. “Most of our stores are in rural parts of the state. We were not sure how much exposure people there would have had to these issues.”

Meera said she “was expecting a lot of conflict, especially since the ad shows a Hindu wedding which directly challenges the Hindu hetero-patriarchal system.”

The response, she says, wasn’t what they feared.

“There was some criticism of the ad and we were accused of lending a voice to a cause that’s unnatural and not supposed to exist in society. But our inboxes have been filled with positive messages. Many from the LGBTQI community reached out to us saying the ad had touched their heart,” she said.

22-year-old actress Meera Singhania Rehani, a transgender woman, played the lead role in the spot and admitted she was “very skeptical” when she was first approached.

“I didn’t want someone to appropriate my trans identity for commercial use. I was also nervous since the film involved transition and as a pre-transition person I’m shown as a man with a beard.

“But when I read the story and researched about the director, I said yes. And I’m glad I did. Doing this has also helped me become more comfortable with myself,” she said.