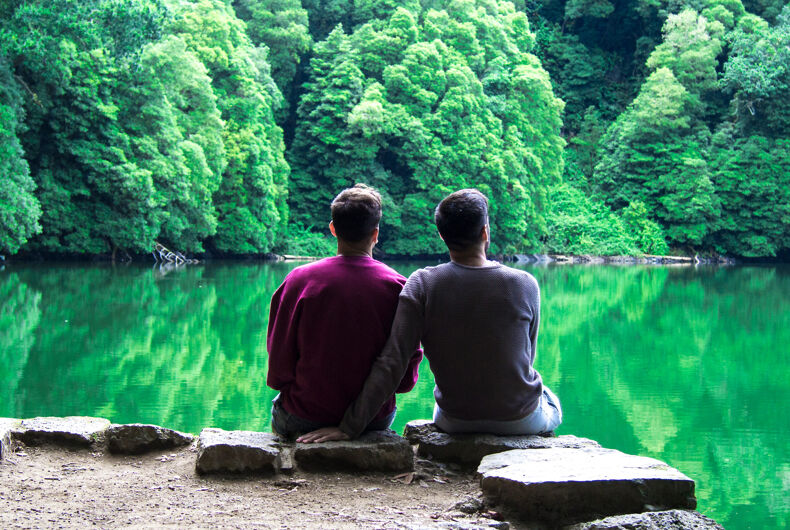 Jackie Daniel, the owner of Barn in the Bend in Nashville, Tennessee, has taken down the company’s social media accounts and website after being exposed for discriminating against a gay couple seeking a wedding venue.

The bumbling religious fanatic originally sent the couple a proposal for their big day with a note at the bottom that read, “We offer same-sex marriage ceremonies only.” As it turns out, she meant the opposite.

“If this looks like something that would work for you let me know and we will be glad to set up a tour,” the message concluded.

But when Mike Gill and his partner Cody got a follow-up email from Daniel shortly after that, things turned weird.

“I am not sure but I believe I remember you calling me last week,” the strange missive started despite being sent a little over an hour after the first one. “Did you mention that your partner was a ‘he’ If I’m wrong I’m sorry.”

“However, I don’t want to waste your time since we do not offer same-sex marriages here,” it continued.

The email had a new signature at the bottom, however. This time it read, “We do not offer same-sex marriage ceremonies.”

When Gill followed up, saying he would tell others that he and his partner were turned away, she told him in a third email that it was a religious decision to discriminate because that’s what Jesus would want.

She defended her choice, by snidely mentioning the negative review he had given the business online.

“I see you wasted no time with the reviews and that too is your right just as my choice of ceremony types at my venue is my choice,” she concluded.

Screenshots of the message were posted on TMZ and the venue’s website and Facebook page were included. Both have been taken offline now, presumably after the internet reacted by leaving negative reviews and sending the company snotty emails about Daniel’s choice to discriminate.

Neither Nashville nor the state of Tennessee provides nondiscrimination protections for LGBTQ people in public accommodations.