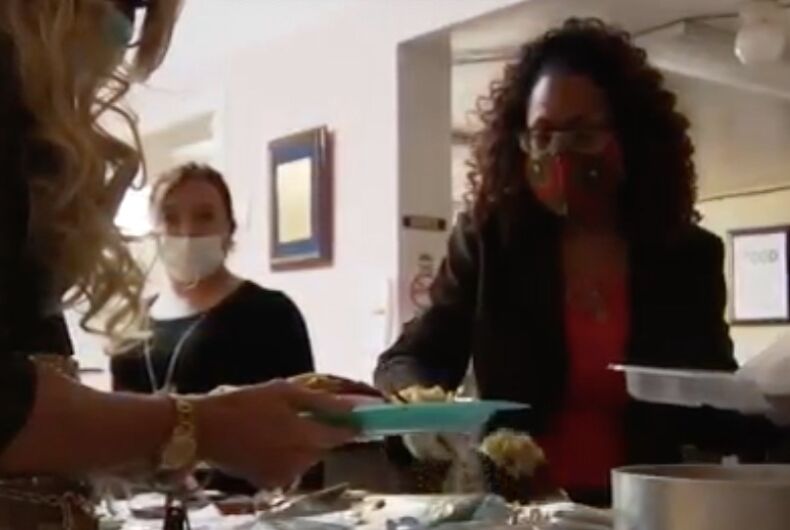 Casa Ruby, the only bilingual and multicultural LGBTQ community services center in Washington D.C., will likely close on October 1. Its closure will leave many local queer and transgender people of color homeless, unfed and unsupported.

The reason for the center’s possible closure is that the D.C. Department of Human Services (DHS) has decided not to renew its annual $850,000 grant to the center. The DHS reportedly announced its decision less than a week before the start of the center’s fiscal year.

The grant funds numerous “social services and programs catering to the most vulnerable in the city and surrounding areas.”

That includes the center’s emergency “low-barrier” 50-bed shelter for homeless LGBTQ youth and adults, which operates out of seven shelters throughout the district. The grant also funds Casa Ruby’s 24-hour drop-in center and other programs, The Washington Blade reported.

“This is also a terrible loss of 30 jobs that will impact the lives of Trans & Gender Non-Binary & other employees who now may face homelessness themselves – A HORRIBLE TRAGEDY,” Casa Ruby’s GoFundMe crowdfunding campaign page said.

As of publication, the crowdfunding campaign has already raised $68,535 of its $75,000 goal in barely three days.

The DHS hasn’t revealed its reason for discontinuing the grant. However, the Blade noted that Casa Ruby and its founder Ruby Corado filed an administrative complaint six months ago against the DHS.

The complaint alleged that an unnamed DHS official exhibited anti-transgender discrimination and retaliation against Corado and three other Casa Ruby employees who oversaw DHS grants. The DHS declined to comment on the allegations while it conducts an investigation.

Though the DHS has said that it will continue to fund other shelters for homeless LGBTQ youth, it’s likely that D.C.’s marginalized queer homeless community will go underserved if Casa Ruby closes.

One in five transgender individuals have experienced homelessness at some point in their lives. One in five have been discriminated against when seeking a home, and more than one in ten have been evicted from their homes because of their gender identity, the National Center for Transgender Equality has reported.

Of the more than 1.6 million homeless youth in the United States, an estimated 20 to 40 percent are LGBTQ identified.