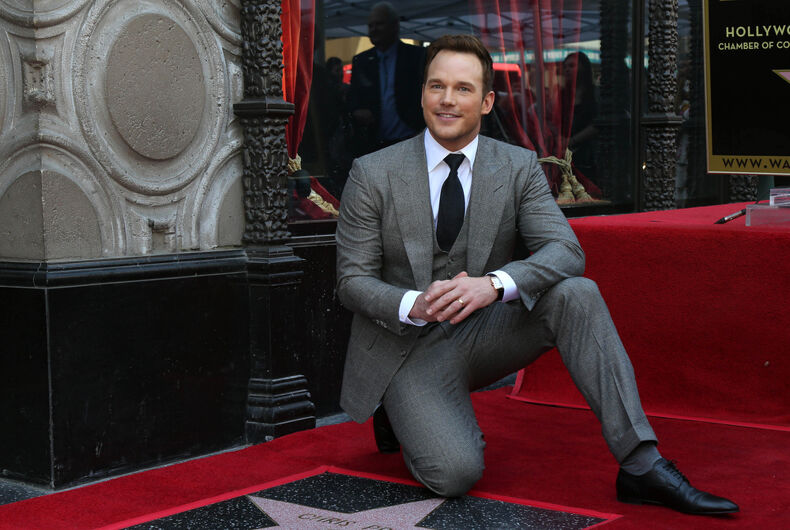 It was recently announced that the cast of the new Super Mario Bros movie would include Chris Pratt. He’s the well-known actor who also is a member of the infamous Hillsong Church, an organization which opposes marriage equality, supports gay conversion therapy, and is vehement in its belief that homosexuality is a sin.

Now I’m not generally in favor of cancel culture. I believe people should be able to practice their faith as they wish and have the right to their own political beliefs. But I also believe in the public’s right to make informed decisions about which public figures they wish to support when it comes to what films they choose to see, what music they choose to listen to, etc. And Pratt has been deceptive.

It was three years ago that the first reports came out about Pratt’s association with Hillsong.

At the time, it provoked quite a bit of controversy in the press, to which Pratt responded by saying, “I go to a church that opens their doors to absolutely everyone,” completely avoiding the substance of the issue. Pratt said that the church is inclusive and allows anyone to attend, but this in complete contradiction of founder Brian Houston’s 2015 statement: “We do not affirm a gay lifestyle and because of this we do not knowingly have actively gay people in positions of leadership, either paid or unpaid.”

Since then, the whole topic has received little to no attention from the mainstream media, which has propagated nothing but positive promotional puff pieces on Pratt.

It should also be noted that Pratt is not the only celebrity who is a member of Hillsong; Justin Bieber, Kylie Jenner, and Vanessa Hudgens are among its other prominent followers. Why hasn’t the press given more attention to their involvement as well?

It is interesting how similar this story has played out step-by-step with the Kevin Hart squabble a few years back, when he was fired from hosting the Oscar due to anti-gay comments which he refused (and continues to refuse) to apologize for. After several years of defiance, the media has apparently simply decided to give Hart a free pass, and the unrepentantly homophobic comedian is now back starring in films on Netflix and hosting a talk show.

Are the similarities intentional? Do Pratt and Hart happen to have the same type of powerful publicity that have been able to suppress and silence legitimate questions and concerns from the public? Or is it just a coincidence? Either way it does seem that the media has a tendency to pick and choose which people it covers for and which it destroys.

Given the news that Hillsong’s founder and senior pastor Brian Houston has recently had to resign due to allegations of a sexual abuse cover-up, this is the perfect time and opportunity for Pratt and those celebrity members to renounce the church, and for the media to call out those who do not.

If we’re going to have a cancel culture, then we could at least apply it equally instead of picking favorites.