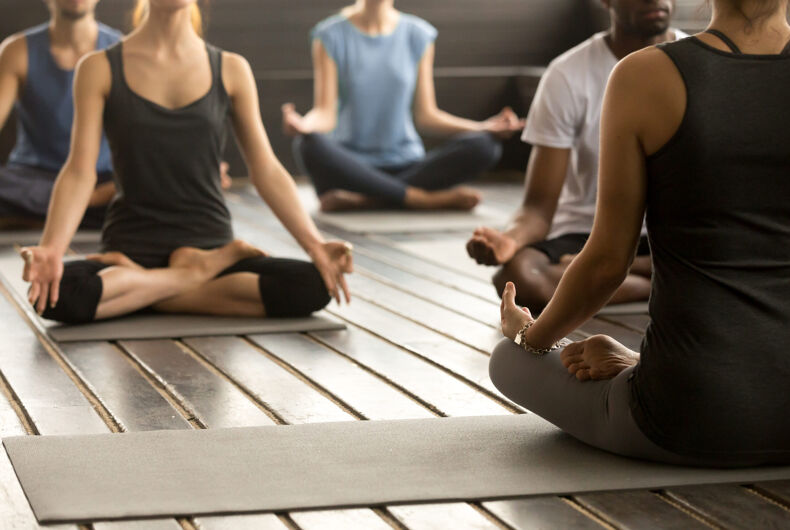 Alabama Gov. Kay Ivey (R), one of the most conservative governors in the nation, is getting challenged in the primary because she’s too soft on yoga, transgender civil rights, and critical race theory.

Businessman Tim James is hot under the collar that yoga is no longer banned in public schools in the state and is opposed to a field of thought developed in law schools being taught to elementary school children.

James, whose father is a former governor, says there is a “beast with three heads” threatening the state, listing off critical race theory, transgender rights, and yoga.

“There’s a cultural war brewing across this nation, and if we lose this cultural war, it’s gone,” James said.

The exercise and meditation techniques were banned in the state for over 30 years because legislators feared it would convert Christians to Hinduism. The word “namaste,” a greeting associated with the practice of yoga, still cannot be taught in Alabama schools, even though it just means “hello” in Hindi, the world’s third most-spoken language.

The same legislative body has been pushing extreme anti-transgender and racist legislation with vigor for the duration of Ivey’s term so far. Earlier this year, Ivey signed legislation that banned transgender children from participating in school sports.

In April, a billboard sporting the trans flag beside Highway 280 in Birmingham implored state legislators to stop persecuting transgender youth and instead #ProtectAlabamaTransKids.