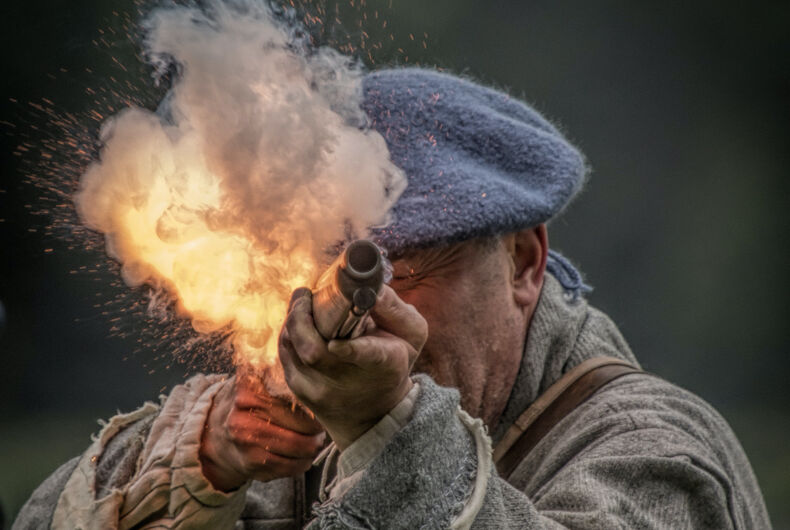 Gregory Smith, a failed Mormon politician in North Ogden, Utah, has been heavily criticized for posting a message that seems to encourage violence against LGBTQ students. Smith was referring to a speech made by a church leader that called on Mormons to “defend” marriage against same-sex couples.

Smith, a former candidate for the North Ogden City Council, retweeted a message from Natalie Cline, a far-right anti-LGBTQ conservative state school board member. Cline posted an image of a progressive Pride flag displayed during a new student orientation at Layton High Seminary, a youth seminary under the Mormon Church of Jesus Christ of the Latter-day Saints (LDS).

The seminary’s display read, “If you are LGBTQIA+ welcome to seminary.” Cline posted the image and wrote, “Time to make some phone calls. The world is too much with us.” Smith later retweeted her message, and wrote, “Time to get our muskets”. A musket is an old-fashioned firearm used between the 16th and 19th centuries.

“Words matter,” Equality Utah wrote in a statement. “Last week a newlywed lesbian couple, Crystal Michelle Turner and Kylen Carrol Schulte, were brutally murdered at a campsite in Moab. Five years ago, 49 LGBTQ people were murdered at the Pulse Nightclub in Florida. Around the world, transgender women are regularly targeted by brutal and horrific violence. Reckless rhetoric often precedes acts of violence.”

The group called on church leaders to stop using “inflammatory rhetoric of violence and warfare” and asked school board members to “defend the dignity and liberty of LGBTQ students.” The group also praised Mormon students at Layton High Seminary for welcoming their LGBTQ classmates.

Smith himself deleted his account and has said that he wasn’t calling for violence against LGBTQ people. Smith said his reference to “muskets” alluded to a speech delivered at Brigham Young University on Monday by LDS Elder Jeffrey Holland. Holland had referred to muskets as a metaphor for Mormons defending the LDS church, Smith said.

But Equality Utah said that Holland used the metaphor to discuss “defending marriage as the union of a man and a woman.”

Cline has also lobbied for Family Watch International, an anti-LGBTQ organization identified as a hate group by the Southern Poverty Law Center.