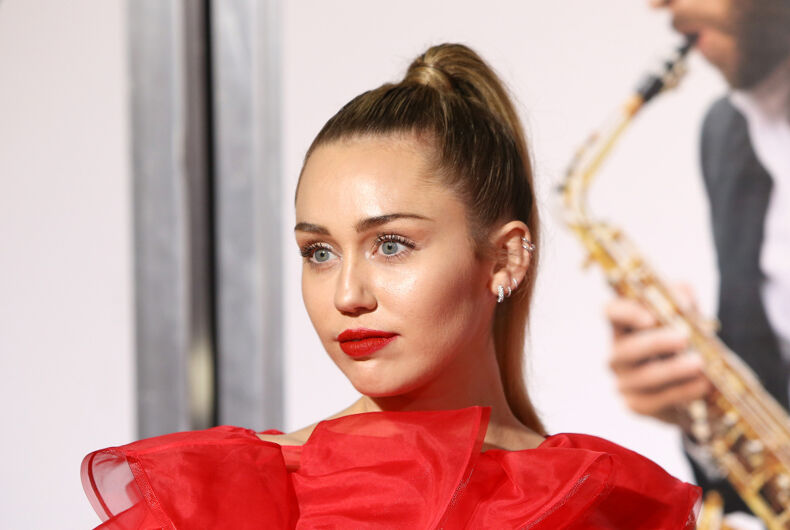 Two weeks ago the rapper DaBaby made homophobic remarks as part of his attempt to energize the crowd at the Rolling Loud Music Festival in Miami. His hateful words towards gay men and those living with HIV/AIDS were widely condemned, and as a result a high profile appearance DaBaby was due to make at the Lalapalooza Music Festival last week was cancelled.

Instead of showing any sort of understanding of why there is so much outrage, DaBaby has been defiant in the face of the criticism and has even made more controversial comments. Now, in an unexpected and bizarre twist, the singer Miley Cyrus, a member and supporter of the LGBTQ community, has made an Instagram post defending DaBaby and asking people to sympathize with him.

“It’s easier to cancel someone than to find forgiveness and compassion in ourselves or take the time to change hearts and minds,” Cyrus said as part of her post. What she fails to acknowledge is that DaBaby has shown no real contrition or desire to learn from his mistakes.

It’s a shame that Cyrus would use her considerable platform and influence to support and elevate voices like DaBaby who are unrepentant in their hate, instead of elevating voices that spread love, empathy and compassion. She is also slated to appear on Kevin Hart’s talk show next week, another individual who has resisted any responsibility for his homophobic past.

I would highly suggest that Cyrus re-examine her position on this instead of validating people’s bigotry. She may be a member of our community, but that doesn’t mean she speaks for all of us or has the ability to absolve anyone of accountability.

I for one don’t and won’t forgive DaBaby. Because even if at some point he decides for professional reasons to say and do the right thing, I think it’s pretty obvious at this point where his heart is.

I’m not always a fan of cancel culture, but there are a few instances where someone is so clear about what they think and feel that we should cast them aside for good. DaBaby is one of those people.