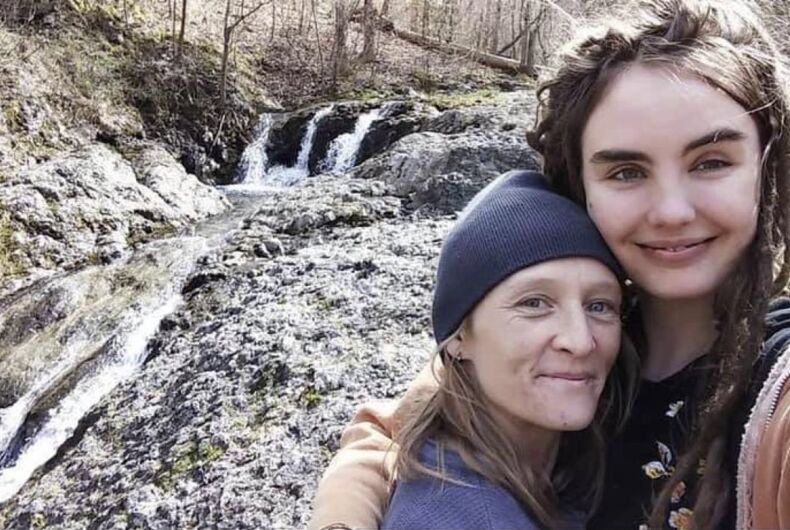 A married lesbian couple from Utah has been confirmed as the two women found shot to death this past Wednesday.

The Grand County Sheriff’s Office said that the two bodies have been identified as Kylen Carrol Schulte, 24, and Crystal Michelle Turner, 38, who were last seen at a bar together in Moab on Saturday.

The women were camping and told friends later that night that they needed to change campsites due to a “weirdo camping near them that was freaking them out.”

One of the women didn’t show up for work after that. They were reported as missing and friends and family started searching for them. The bodies were found on Wednesday and the sheriff’s office issued a statement on Thursday saying that their identities were confirmed.

The sheriff’s office also said that it believes there is “no current danger to the public” even though they have not said whether they have any information about the shooter.

Their deaths are being investigated as a homicide and the medical examiner has ruled that the gunshot wounds found on the bodies were the cause of death.

“Kylen’s heart has always been full of love and life and God,” wrote Schulte’s family on a GoFundMe that was set up to help pay for funeral expenses for both women, which include transporting Schulte’s body to Montana. “She was the best sister, daughter, niece and cousin. She was a true free spirit that lived for the joy in her heart not the hatred in the world.”

According to the GoFundMe, Schulte’s younger brother died at the age of 15 after he was accidentally shot and killed by a friend.