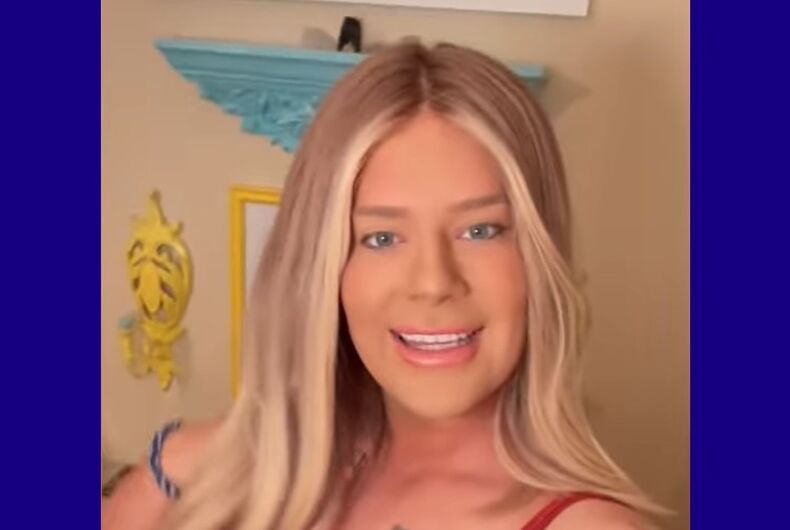 Cara Cunningham – the YouTuber whose “Leave Britney Alone!” video went viral in 2007 and helped her launch a career as a performer – announced that she is transitioning.

She also said that the last name she had when she became famous – “Crocker” – was just made up for the internet when she was a teenage YouTuber and dealing with online harassment.

Related: “13 Reasons Why” star Tommy Dorfman comes out as a transgender woman

“It’s been 33 years coming,” she posted on Instagram, announcing that she is starting hormone replacement therapy. “I’m happy to be in a place where I can embrace who I am. I have put my identity and personal happiness aside for so long out of fear of rejection or me not wanting to embarrass my family.”

“Then I realized anyone who actually loves me for me won’t be embarrassed and would’ve shown genuine interest in how long I have felt this way in the first place,” she continued. “I am transitioning and I have no more apologies to make for who I am.”

Cunningham said that she believes her transition will be “a lonely process” and that she will no longer respond to her deadname. Her Instagram account, though, still uses that name.

In a separate Instagram post, Cunningham shared a text conversation with her mother where they talked about her new name. She wrote a list of possible names and her mother responded with “Cara.”

In a video, Cunningham thanked the “strong women who always inspired me to be who I am today,” including her mother, Janet Jackson, and, of course, Britney Spears.

Cunningham started on YouTube in the 2000’s and built a name for herself as a gender non-conforming entertainer from a “small-minded town” in the South. After her “Leave Britney Alone!” video went viral and became one of the best-known YouTube videos of all time, she appeared on Comedy Central and on a Weezer music video, released a single and then a couple of albums, appeared in a documentary about her life that premiered at Sundance, and then became a gay adult film performer.

Her gender identity and expression have changed over time, presenting as more stereotypically masculine in the mid-2010s after having, as she said, “lived as a girl for three years.”

In 2014, Cunningham told our sibling site Queerty that she was considering transitioning.

“I think I’m getting tired of that chameleon lifestyle,” she said at the time. “Like I said, I know I would be 100 percent happy living as a girl. But it’s a lot of work, and it’s a lot of therapy you have to go through. And I’m willing to put in that work.”

“But I need to be really confident. So I’ve been working back towards getting my confidence back so now I’m just playing around with getting girls’ clothes again.”

Last year, Cunningham was again in the public spotlight after a documentary on Spears, in the words of talk show host Tamron Hall, vindicated her position by showing that Spears was going through a hard time while being hounded by the media.