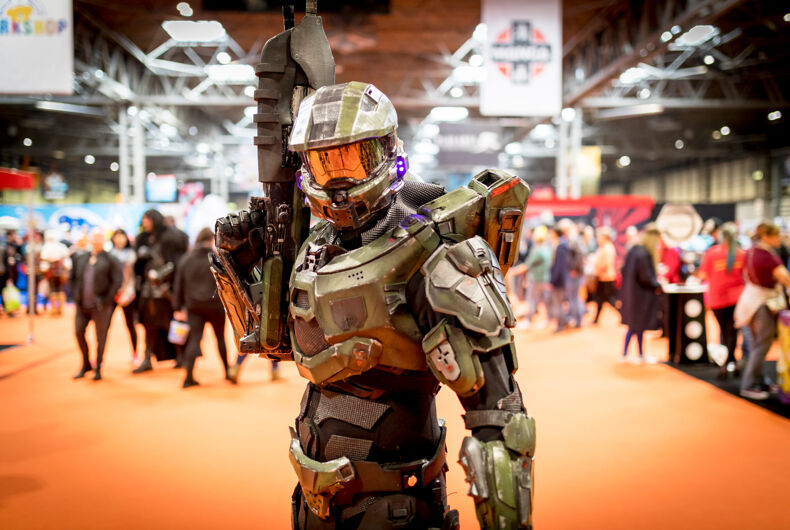 But instead of simply saying two words, Steitzer went well beyond. He gave a full-throated endorsement of transgender civil rights and had an incredibly sweet message for the person who requested the video.

Cameo, the site that allows fans to connect with celebrities who make a video for them doing whatever is asked, has been flooded with requests for stars to say “trans rights” or “gay rights.”

And when Twitter user Tanis made the request, she wasn’t expecting more than the basics. And while she got that, she got a whole lot more too.

“He’s even cooler than I thought,” she tweeted with the longer video from Steitzer.

“I have to say, I’ve been around for a while,” Steitzer says after admitting he’s not used to getting requests beyond his trademark phrases. “And I’ve seen an awful lot. And the struggle of trans people reminds me so much of all the other struggles I’ve been a witness to over the many years that I have been alive.”

“And now I see trans folks like yourself, who basically want nothing more than to enjoy the equality that everybody else aspires to,” he continued. “And for which, I for one, think you should have.”

“I reacted to the video with tears, honestly,” Tanis told Kotoku. “It feels like he went above and beyond, being his genuine self, and showing that he cares about fighting against hate.”

HE'S EVEN COOLER THAN I THOUGHT