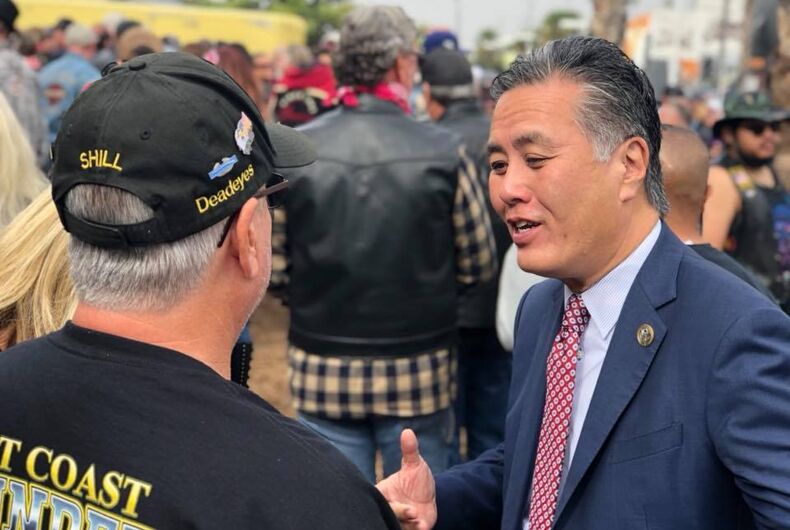 Takano’s “Thirty-Two Hour Workweek Act” would amend the Fair Labor Standards Act of 1938 to reduce the standard from 40 hours a week to 32. Employers would have to pay an overtime rate of time-and-a-half for each hour an employee works beyond 32 hours.

The new law would take effect 180 days after becoming law and then gradually phase in over a three-year period.

“This progressive policy could be a revolutionary change for working families,” Takano’s fundraising site states. “Experts have PROVEN that it leads to higher productivity at work and greater happiness for workers! But we know for sure that the GOP is going to hate this progressive policy idea and side with mega corporations, and will do everything they can to stop it from ever becoming law.”

Takano told Reuters that American workers are “are worn out and tired.” He said the pandemic has also made workers rethink the value of their time, especially since many have seen people die or risk dying from COVID-19.

His bill also has the support of the American Federation of Labor and Congress of Industrial Organizations (AFL-CIO), the Economic Policy Institute (EPI), Service Employees International Union (SEIU), the National Employment Law Project (NELP) and the United Food and Commercial Workers Union (UFCW), according to a July press release.

The Washington Post, The Wall Street Journal, USA Today, NPR, The Atlantic and the BBC have all recently written articles about Iceland’s experiment with a four-day workweek.

Between 2015 and 2019, the small island nation ran a trial with 2,500 workers — basically 1% of its workforce — across a wide range of workplaces. Each employee’s hours were reduced from 40 hours to 36 or 35 hours, but without a reduction in pay.

The study found that shorter workweeks actually improved worker productivity in some cases and reduced worker stress and burnout. As a result, 86 percent of the nation’s workforce now either have reduced workweeks or are in a position to negotiate for them.

Conservative politicians in the U.S. have opposed four-day workweeks over fears that it would reduce productivity and place additional burdens on already-struggling small businesses. But as more companies move towards shorter workweeks, Takano’s bill could at least force conservatives to publicly grapple with the concept.