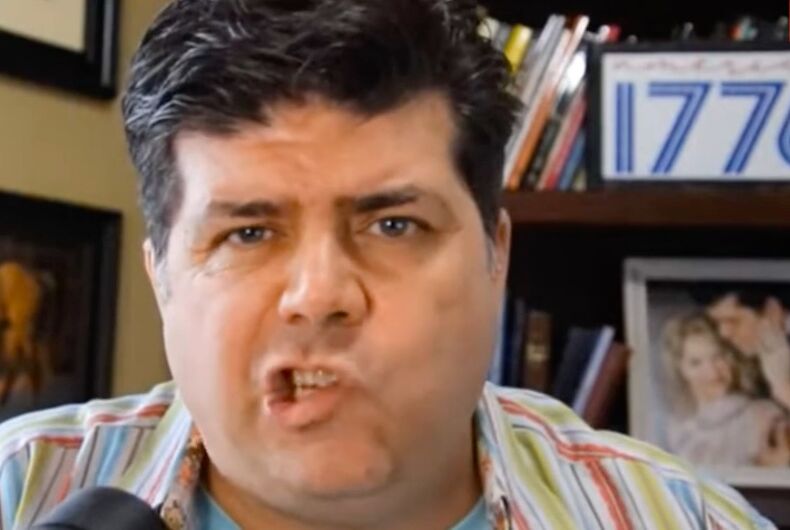 Pastor Shane Vaughn, the co-founder of First Harvest Ministries in Mississippi, has warned his followers that COVID-19 vaccines “are gonna quit working” until the nation repents for abortion and sodomy.

Vaughn began his tirade by claiming medical professionals are “already admitting that the vaccine is alarmingly not working. Alarmingly!” But his claim is false. While the immunity granted by the COVID-19 vaccine decreases over time, medical professionals have uniformly said that they provide the strongest defense against the respiratory virus.

Then, bastardizing the Bible verse Isaiah 1:31 for his own purposes, Vaugh said, “Woe, under them, that go down to Egypt, which is the enemies of God, for help to their pharmacy and doctors and the ones that don’t even believe in our God.”

In the Bible, Egypt is constantly invoked as an anti-Christian place that worships false gods and enslaves God’s “chosen people.” While dramatic, his statement about godless medical professionals is inaccurate. Roughly 65 percent of U.S. physicians say they believe in God, according to a 2017 study.

Nevertheless, Vaughn continued, “These vaccines are gonna quit working in every corner until this nation falls to her knees and repents for dead babies and repents for the sodomy of this nation!” However, doctors have found no link between sodomy, abortion rates and vaccine effectiveness.

Vaughn’s words are concerning considering that evangelical Christians are the religious group most opposed to getting vaccinated, according to a July 2021 study from the Public Religion Research Institute, a nonpartisan group that studies the consequences of religious life in the public sphere.

Evangelicals make up about one-fourth of the U.S. population, the Wall Street Journal reported. Health officials have said that getting the religious group vaccinated is crucial to ending the pandemic, especially now that the highly contagious Delta variant is leaving many unvaccinated people in the hospital. Roughly 90 percent of COVID-19-related hospitalizations have been connected to unvaccinated people, the Associated Press reported.

Vaugh isn’t alone though in connecting the vaccines to sin. Numerous right-wing pastors have compared the COVID-19 vaccine to the Mark of the Beast, a Biblical prophecy of an anti-Christian marker that will be required to buy necessities and participate in modern secular life.

These pastors conjure images of an authoritarian future where people will be forced to get the vaccines against their will. But President Joe Biden has said he will not issue a nationwide vaccine requirement, and many public schools have required kids to get vaccines against polio, smallpox, mumps and other illnesses for decades.

In May, Vaughn compared Facebook’s ban of then-President Donald Trump to Satan’s decision to kill Jesus.

“They made the same mistake that Satan made when he killed Jesus Christ. By killing one man, and killing his voice, he created a world full of little Christians that echo the message of Christ,” Vaughn said. He later called the comparison “pure analogy.” But considering how unlike Trump is to Jesus, the analogy — like his anti-vaccination statements — seems quite impure.