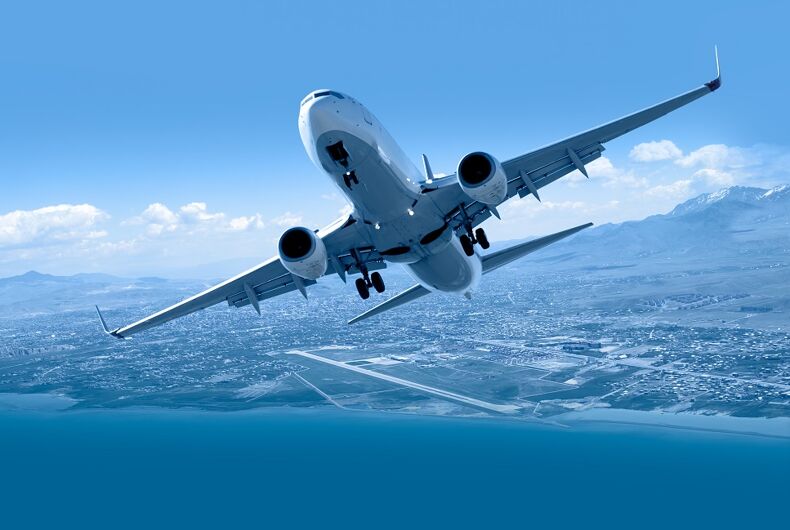 An off-duty Envoy Air pilot traveling on an American Airlines flight took over the plane’s public address system after landing in Chicago to rant about his struggles with his sexuality.

While the plane was safely on the ground, uncomfortable passengers were forced to listen to his cry for help disguised as Evangelical Christian “testimony” before the crew could regain control of the intercom.

“I was raped or molested as a young boy and left to deal with it alone,” the pilot said at the beginning of a video that has gone viral. “I even started thinking of ways to end my life.”

When one passenger tried to stop him from continuing, the man told them, “I am sorry if you are uncomfortable. I just want you to hear me out.”

He went on to detail for the passengers that he became a sex addict and suicidal. He admitted that he got married because he wanted to be straight and then started cheating on his wife with men.

“Every aspect of my life was filled with lies,” the pilot said as he nattered on.

The pilot “accessed the public address system upon landing and made troubling comments until a crew member could intervene. To our affected passengers, we apologize for your experience and what you heard does not reflect our values,” a statement from American Airlines said.

“I don’t give a shit, bro,” one person can be heard saying at the end of the video. “Just let me off this damn plane.”

An American Airlines pilot’s photo taken from the company’s website was used to illustrate the story on several websites, but the upset pilot is threatening lawsuits since he is not the man on the PA system. The airline has helped him to get the photo taken down.

The incorrectly identified pilot was celebrating Pride Month in the years-old photo. He is an out gay man.