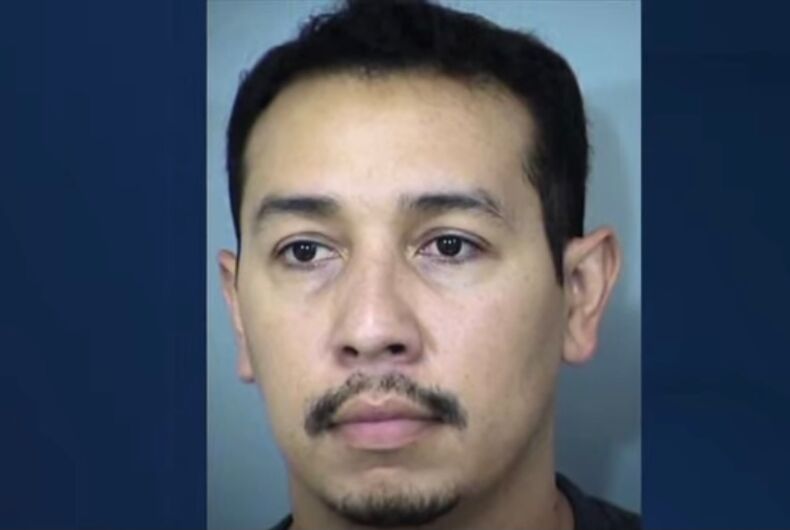 Arizona State Sen. Otonio “Tony” Navarrete (D) has resigned from his seat following his arrest on multiple charges of sexual abuse of a minor.

Navarrete maintains his innocence but decided that rather than go against the bipartisan calls for him to resign, he wanted to focus on defending his name.

Related: GOP lawmaker who was arrested for terrifying students to get professional help

“While I would love nothing more than to continue to serve the families of Arizona’s 30th District, I worry it will be impossible to give my constituents the full attention they deserve. Therefore, I must resign my post as Arizona State Senator today,” Navarrete said in a statement.

“I adamantly deny all allegations that have been made and will pursue all avenues in an effort to prove my innocence,” he concluded.

On August 5, Navarrete was arrested by Phoenix police and subsequently charged with seven felonies stemming from the alleged molestation of multiple underage teens.

One teen, 16 years old, accused Navarrete first on August 4, reporting to police that the lawmaker had abused him since he was 12. Then, another 13-year-old teen also stepped forward.

According to the Arizona Republic, the arrest was made after one teen called Navarrete while the police listened in. Navarrete allegedly expressed guilt for his acts against the teen, telling him, “I regret any bad actions that I did, absolutely wishing everything could be different. I’m sorry, mijo.”

Navarrete allegedly said that he “wasn’t well” when committing the acts.

Police arrested him the same day as the phone call, and subsequently, several politicians and officials in Arizona, including all 48 Democrat legislators, called for Navarrete to resign.

“Senator Tony Navarrete tendered his resignation, effectively immediately. This was the right thing to do, considering the serious allegations. We know the Arizona Judicial Branch will deliver justice and pray for healing and support for all victims,” Arizona Senate President Karen Fann (R) and Senate Minority Leader Rebecca Rios (D) said in a joint statement on August 10.

He issued his resignation in a one-sentence email before issuing a later statement, also by email, proclaiming his innocence. Navarrete was also fired from Neighborhood Ministries, a non-profit he worked for prior.

'I ADAMANTLY DENY ALL ALLEGATIONS': Former State Sen. Tony Navarrete sent this email via his campaign account after he resigned. pic.twitter.com/64f7pKSrmI

NEW – Arizona state senator Tony Navarrete, a Democrat from Phoenix, was arrested on Thursday, on multiple charges including counts of sexual conduct with a minor. pic.twitter.com/TDU798ze9K

Navarrete was a community organizer and immigration advocate who first won election as a state representative in 2016. He then ran for and won a seat in the state senate in 2018 before winning reelection last November. He was one of four founding members of the Arizona LGBTQ Caucus.

In both seats he served the 30th district, comprising the heart of Glendale, Arizona within the Phoenix metropolitan area.

Other than his emailed statement, he has not spoken publicly. His online accounts and website have been deleted or made private. He was released on $50,000 bond and ordered to surrender his passport, have no contact with the victims, and stay away from any other minors.

If convicted, he faces a minimum sentence of 49 years behind bars, prosecutors have said.

This story deals with the sexual abuse and assault of minors. If you or someone you know has been a victim of this crime, call 800-656-HOPE for 24/7 help and support.