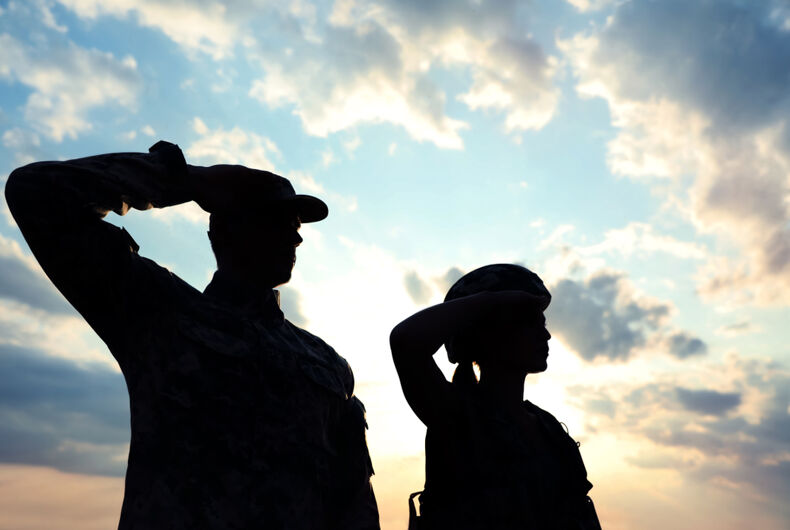 The British government has taken another step toward making amends and reparations against the damage it perpetrated on the public perception of one of Britain’s most influential patriots.

On June 23, the Bank of England began circulating its newly designed £50 note designed with the photo of Alan Turing, corresponding with what would have been the inventive computer scientist and World War II codebreaker’s 109th birthday.

Related: Will the American government apologize for discriminating against LGBTQ people for decades?

Alan Mathison Turing was a pioneer of what we know today as “the computer,” and served as a mid-20th century British mathematician, logician, and cryptanalyst who, working during World War II at England’s Government Code and Cypher School at Bletchley Park, succeeded with his team of scientists and linguists in cracking the “Enigma code” used by the Nazi command to conduct covert communication operations.

Because of Turing and his colleagues’ efforts, there is now general agreement that they significantly shortened the war by at least two years saving an estimated 17 million lives. Prime Minister Winston Churchill singled out Turing as the person whose work contributed the most to defeating the Germans.

Though a national hero, in 1952, government officials arrested and prosecuted Alan Turing on the antiquated charge of “gross indecency” when he “admitted” to engaging in a same-sex sexual relationship.

Rather than serving a two-year prison sentence, Turing chose to undergo estrogen injections then considered as a form of “chemical castration” eliminating the sex drive of men. Turing took his life two years later by swallowing cyanide, just two weeks short of his 42nd birthday.

Though the English government never actually forced a physical stigma onto Alan Turing’s body, they branded the symbol of the outsider, the pervert, the national enemy deeply into his soul. This branding seriously deprived the British nation and the larger world community of his continued genius, his generosity, and the many additional gifts he could have imparted.

British Prime Minister Gordon Brown officially apologized to Alan Turing on behalf of the people of his nation for “the appalling way he was treated.” Parliament finally brought up a bill of “pardon” in 2013, and on December 24, 2013, Queen Elizabeth II granted Turing a pardon posthumously.

This case is deeply ironic. While Turing and his team helped defeat the Nazi war machine — a nation intolerant of any form of difference including same-sex relations,  especially between men — the primary Allied nations fighting Nazi Germany (United States, Britain, and the Soviet Union) all maintained laws criminalizing homosexuality. The United States, with the Supreme Court decision, Lawrence v. Texas, finally decriminalized same-sex relations between consenting adults as late as June 26, 2003.

The United States has taken a similar path, albeit much slower, to correcting their maltreatment of LGBTQ servicemembers.

Very possibly, the U.S. would have come into existence as an independent nation much later if it had not been for a homosexual military statistician from Prussia, Baron Friedrich Wilhelm von Steuben, who took control of General George Washington’s rag tag band of volunteers in 1777 in the Continental Army during its Revolutionary War with the British.

Steuben donated his services for no salary to develop a military training program, and what he accomplished was nothing short of phenomenal. He turned a scrubby assemblage of farmers and merchants into a unified, efficient, and powerful force.

He instituted a method of “progressive training,” a sort of school for the soldiers. He raised the standards for maintenance of uniforms and military hygiene.  He taught the effective use of the bayonet, which increased soldiers’ ability to attack and to defend themselves even when their rifles were unloaded.

His technique is credited for the Continental army’s victory in a series of battles, including the battle of Stony Point. General Washington, though knowing of Steuben’s homosexuality, gave him command of one of the army’s divisions for the final battle at Yorktown. Following victory, Steuben assisted Washington in demobilizing the army in 1783 and he helped to craft a defense policy for the infant nation.

Steuben was awarded a military discharge with full honors on March 24, 1783. Through an act of the Pennsylvania legislature in March 1784, Steuben became a citizen of the United States and later settled on Manhattan Island.

Though Washington overlooked Steuben’s sexuality, he held no such accommodations for ranking serve members. For example, he ordered the dismissal of a lieutenant from the Continental Army in 1778 for “attempting to commit sodomy” and supposedly lying about it.

Over a century later, a young Franklin D. Roosevelt — serving as assistant secretary of the Navy in 1919 — supervised a massive government sting operation to entrap and expel gay soldiers.

During World War II, the armed forces in the U.S. mandated psychological screening of recruits and disqualified anyone thought to have “homosexual proclivities.” Following the war, Dwight D. Eisenhower tightened restrictions on homosexuals in the military when he became President.

This set off the Lavender Scare. Service members who admitted to being gay or who were convicted of homosexual sexuality were dishonorably discharged and had their pensions terminated.

Although gay and lesbian U.S. citizens were never blackmailed into divulging classified state information, and connections between homosexuality and “security risk” were groundless, mere allegations of homosexuality triggered congressional hearings and Presidential Executive Orders (for example, Eisenhower’s Order 10450, which extended and enlarged the Harry Truman loyalty/security program to exclude explicitly those who engage in “sexual perversion” from obtaining government jobs).

During the infamous “McCarthyism” period of the Cold War, discharges increased significantly. By 1982, the Department of Defense decided to include this within its Uniform Code of Military Justice:

“Homosexuality,” the first sentence read, “is incompatible with military service.” It continued that the presence of gays “seriously impairs the accomplishment of the military mission.” Their presence and not necessarily their behavior, was the issue: “The presence of such members adversely affects the ability of the Military Services to maintain discipline, good order, and morale.”

With these added rules, the military discharged approximately 2,000 service members in 1982 alone — the most it had ever terminated in a single year. Over the next decade, the DoD dishonorably discharged 17,000 service members for various violations ranging from statements of sexual identity, to engaging in same-sex sexuality, to efforts to marry someone of the same sex.

When Bill Clinton took over in the Oval Office in January 1993, he attempted to repeal the ban on people based on their sexual identity in the U.S. military by releasing an executive order. This, however, set off a torrent of controversy.

A compromise of sorts was reached and announced in July 1993, called “Don’t Ask, Don’t Tell, Don’t Pursue.” This reinstated the ban on openly gay, lesbian, and bisexual service members, but permitted service members who were “in the closet” and were not caught in sexual behaviors while on active duty.

The new policy, however, did not ease the expulsion rates of service members. From 1993-2008, an estimated 12,000-14,000 people were expelled from the armed forces because of their sexual identities. Most dishonorable discharges occurred prior to the September 11, 2001 terrorist attacks and the start of wars in Iraq and Afghanistan. As more recruits were needed, therefore, discharges declined sharply.

On September 20, 2011, the policy reversal went into effect. Then Donald Trump took office.

As our troops are currently stretched thin throughout the world’s conflict areas, the former policies only exacerbated the problem and discredited our country by eliminating an entire class of people, which included people whose only desire was to contribute to the defense of their nation.

Sens. Tim Kaine (D-VA) and Tammy Baldwin (D-WI), the latter of whom is out, have sponsored a bill which asks the federal government to issue an official apology for past discriminatory policies and actions toward LGBTQ civil servants and military service personnel.

Kaine argues that the federal government “discriminated against and terminated hundreds of thousands” of LGBTQ people serving in the armed forces, the foreign service, and the federal civil service for decades, “causing untold harm to those individuals professionally, financially, socially, and medically, among other harms.”

If passed, this would be a very basic beginning on the road to recovery for the individuals who were harmed and for a nation in making amends.

We must, however, come up with creative solutions if we are to travel that long distance in coming to restitution and repair.