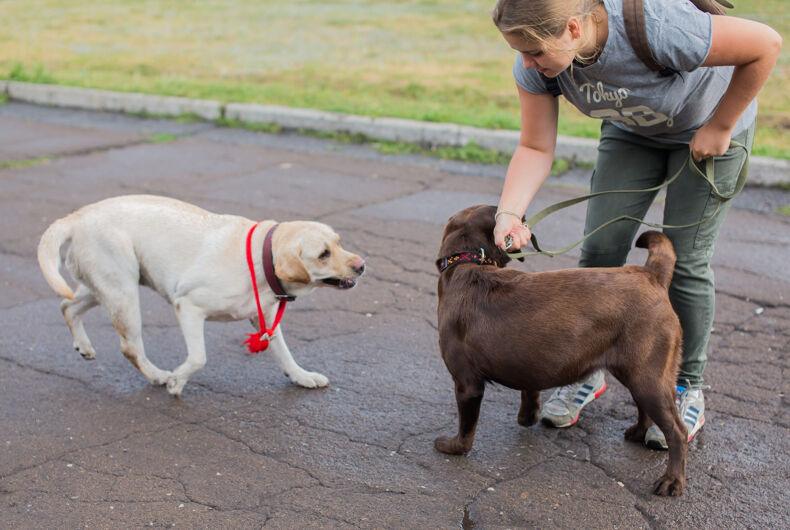 Rilee Shipley was attacked while walking her pet in her apartment complex’s dog park and she says that it’s clear it was a hate crime.

“To me in my mind, there’s no question about whether or not it was geared towards homophobia or transphobia,” Shipley, who is transgender, said, “especially with with the ease with which he threw around the N-word at me.”

Related: Reuters’ Gina Chua is hoping to stage a future where trans people flourish in media

“Someone told me once, ‘This is Wyoming: we don’t take offense to gays, we take them to the fences,’” she said. “That’s been a fear of mine since I first came out and started transitioning, and to have lived through that is terrifying.”

Shipley says she took her dog to the park when a neighbor arrived with his two dogs unleashed. The two had words as Shipley left and she reported the incident to the apartment complex manager.

“He called me the N-slur several times and if I had a problem I needed to come back and we could handle it.”

Later that night when Shipley returned to the park for another bathroom break for her dog, the man was waiting with a friend. She says he started screaming at her, enraged that she had reported him to the complex management. He entered the area and struck her.

“As I was knocked down and putting the leash on my dog, he told me that me and my piece of shit dog deserve to die,” she said, “and he called me the N-slur again and the word ‘bitch‘ and stomped me on the side of the head, and kicked my face into the fencepost.”

She has a caved-in cheekbone and a fractured eye socket.

Local police say the matter is under investigation, but no one has been arrested despite Shipley clearly identifying her attacker.