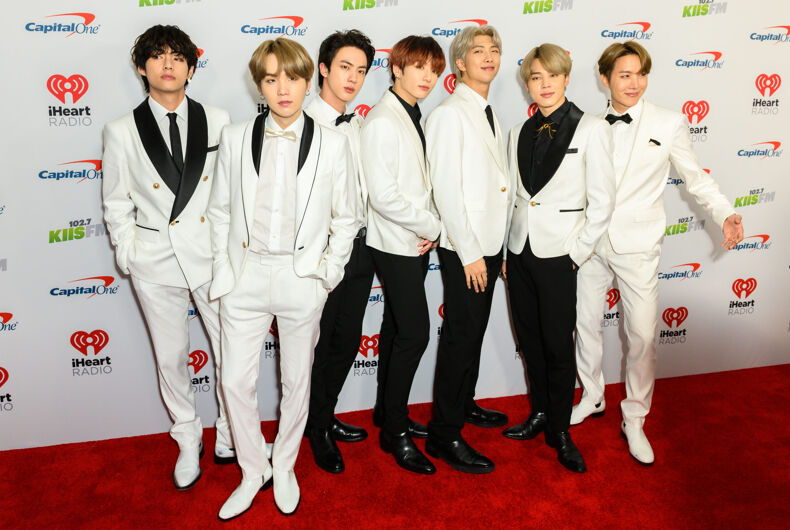 A Russian printer refused an order to print posters featuring the popular Korean boy band BTS out of concerns they would be deemed illegal “gay propaganda” under the country’s extreme anti-LGBTQ laws.

None of the K-pop stars are out as gay or bisexual. The group is one of the biggest-selling bands in the world.

The PinkyPop cafe posted on social media that they tried to place an order for greeting cards and posters featuring BTS and another band, but says the request was refused by the printer.

“We discussed all the work and details, and placed our first order,” the cafe posted. “After seeing the photos of the bands BTS and Stray Kids, which they were supposed to print, they began to ignore us.”

“Do I understand correctly that these people have a non-traditional orientation?” they said the printer replied. “I have seen them – they aren’t hiding their orientation. We won’t be printing this. You want your children to become perverts?”

The business owners say the owner told them it is “stupid to support something that may leave you with no grandchildren. We have enough normal clients to be able to choose who to work with and who not to.”

While homosexuality is legal in Russia, the country banned “propaganda” for “non-traditional sexual relationships,” a law that has been used to quash Pride events, LGBTQ activists, and even LGBTQ teens speaking on social media.

A national referendum passed by citizens in the country last year made marriage legally defined as only being between a man and a woman.

Earlier this year, a Russian prosecutor called for banning Dolce & Gabbana on Instagram in the country because they have shared images of same-sex couples kissing.