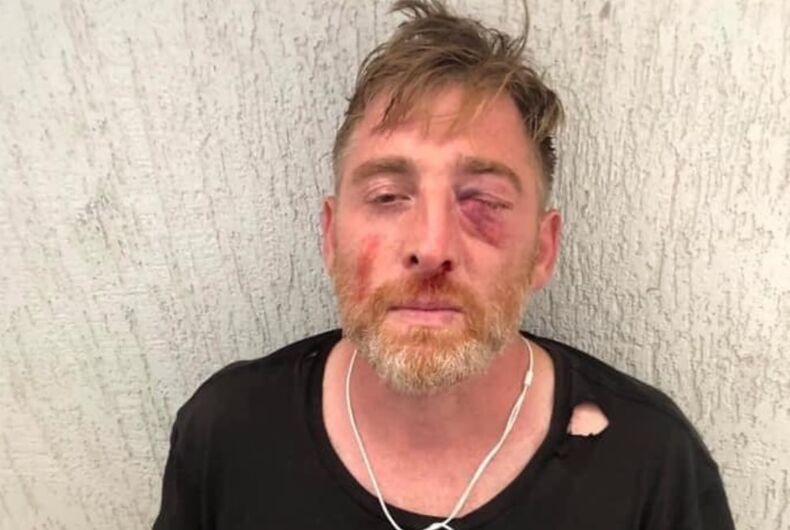 A Georgian news cameraman has died after being beaten by a mob of anti-LGBTQ protestors who were angry over a planned Pride march in the former Soviet country. The parade was called off after protestors ransacked the Tblisi Pride office and beat journalists who were staging to cover the event.

Alexander Lashkarava was found dead by his mother days after being attacked by over 20 people. He sustained multiple injuries and was treated at a hospital where he underwent surgery before being released and sent home.

Protestors clogged the streets where the parade was to take place as police turned a blind eye. Local activists say the bloodthirsty mob was supported by the local authorities and the Georgian Orthodox Church.

The country is one of the most homophobic on the planet and is highly influenced by the church. Protestors, with the support of the Christian church, have blocked pride parades and beaten LGBTQ people previously. One of the journalists attacked last week was photographed being beaten and put in a headlock by a priest.

Lashkarava’s coworker, journalist Miranda Bagharturia, said that he stepped between her and a priest who had grabbed her hair and was starting to hit her.

Prime Minister Irakli Garibashvili denounced the parade before it happened, and vowed to disrupt it if possible, saying, “when 95% of our population are against holding a propagandistic parade in a demonstrative manner, we shall all obey that, [my] friends.”

He said the riot and death were “very unfortunate” but “violence happens everywhere.”

Police have forcibly seized the journalist’s body now and have started implying that Lashkarava died of a drug overdose.

“According to the examination, the cause of death may have been an overdose by the mentioned substances,” the Ministry of Internal Affairs said.

Bagharturia and Lashkarava’s employer, TV Pirveli, accused Garibashvili of being “personally responsible” for the cameraman’s murder.

Garibashvili shrugged off the concerns, saying it was “unreasonable” of the LGBTQ community to have a parade in the first place.

Georgian police have seized the corpse of a TV cameraman who was injured on July 5 from his Tbilisi apartment after his family refused a state-led forensic autopsy. Lekso Lashkarava was one of 53 journalists beaten by violent mobs protesting against LGBT pride events​. pic.twitter.com/ISAWSpTs0a