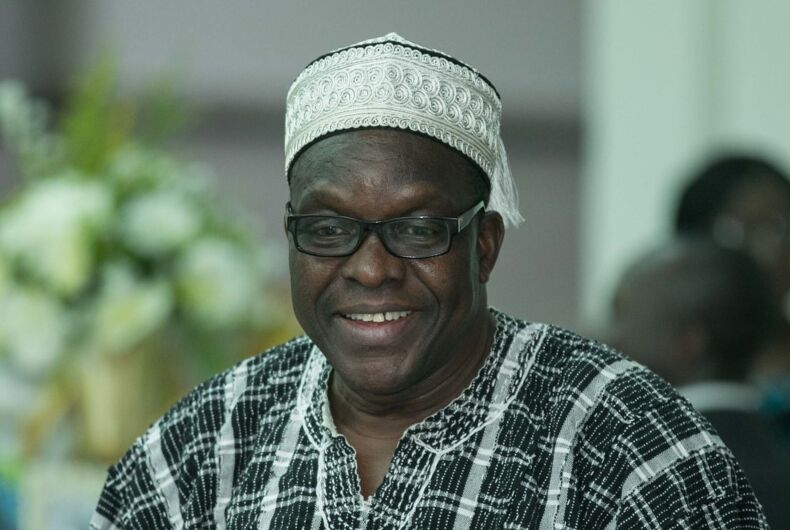 During a meeting to promote an anti-LGBTQ bill, Ghana’s speaker of parliament, Alban Bagbin, said that being LGBTQ as a pandemic that is worse than COVID-19.

Bagbin compared “LGBTQI activities” with COVID-19 and said that it “must be fought by all of us.”

“I can tell you that it is more than COVID-19, and I am happy that our beloved country, Ghana, is together in this,” Bagbin said, according to the Ghanaian news source City Newsroom.

LGBTQ sexual activity is already illegal in majority-Christian country and can be punished with up to three years in jail, but the “Promotion of Proper Human Sexual Rights and Ghanaian Family Values Bill 2021” would also criminalize any LGBTQ advocacy and promote conversion therapy, according to 76 Crimes.

Bagbin believes the bill will pass within the next six months and said he hope it can be used as a model for other countries with anti-LGBTQ agendas.

On Facebook, one of the bill’s sponsors, Samuel Nartey George, called it “a world class piece of legislation.”

“Let me be clear here, homosexuality is NOT a human right,” George added. “It is a lifestyle choice. A sexual preference.”

Ghanaian Human Rights Organization Rightify Ghana told PinkNews that “[Bagbin’s] statement lacks sympathy for those who have lost families and friends through COVID. Also, it shows a lack of empathy to the LGBT+ community in Ghana, who have for decades been targeted for violence, discrimination and injustices.”

The organization also demanded an apology.

“Unlike COVID-19, [being] LGBT+ doesn’t harm or kill anyone and it doesn’t bring a country’s economy to its knees as Ghana’s economy struggles because of the pandemic. His comments were unfair, insensitive and he should apologise to the LGBT+ community.”

Rightify Ghana also fears the bill could stall progress in fighting HIV and AIDS, as medical providers may face legal action as they work with LGBTQ communities. It could also deter LGBTQ people who may have been exposed to HIV from seeking treatment.

“We want the bill thrown away,” the organization emphasized, “and urge our members of parliament and the government to rather channel this urgency and resources to real problems.”

Pride in Pictures: A lovely day in our Gayborhood