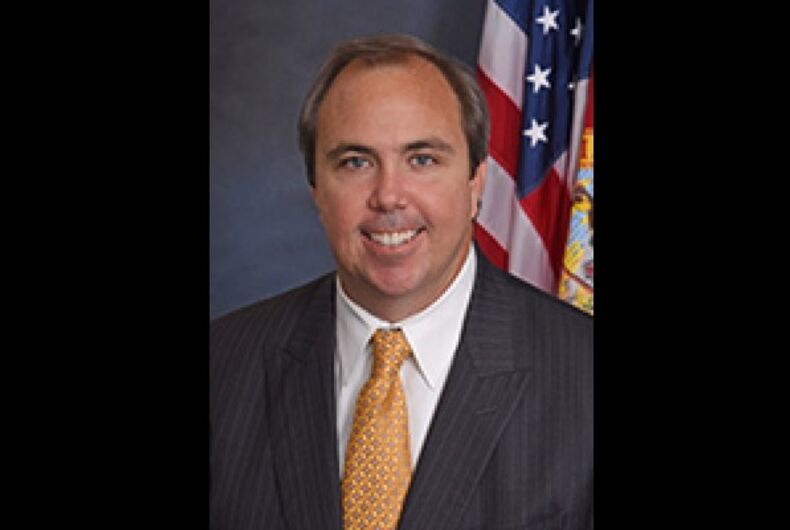 Florida Republican Party Chair Joe Gruters is being investigated over allegations of sexual harassment made by a male staffer. Gruters is also a state senator and the former co-chair of Donald Trump’s presidential campaign in the state.

“The Republican Party of Florida (RPOF) has a zero tolerance policy toward harassment of any kind,” RPOF Executive Director Helen Aguirre Ferre told Florida Politics. “Any complaint RPOF receives regarding harassment towards its employees or members is taken very seriously and thoroughly reviewed in accordance with RPOF internal HR policies and all applicable laws and regulations.”

Sources tell the outlet that the allegation cannot be corroborated because a key witness is refusing to participate with the outside investigation.

“The Republican Party of Florida takes all allegations of harassment of any kind seriously and do full investigations, whatever the allegations,” Christian Ziegler, vice chair of the state party, added.

State senate leaders say they have not received any complaints from his legislative staffers or colleagues. No investigation is currently happening in the body.

Gruters reportedly has ambitions of being elected to Congress, but his tenure has been marked by turmoil. He has had a rocky relationship with Governor Ron DeSantis (R).
Politics
Florida Republican Party, Florida Republicans, Joe Gruters, sexual harassment allegations

An open letter to President Biden & Secretary of State Blinken