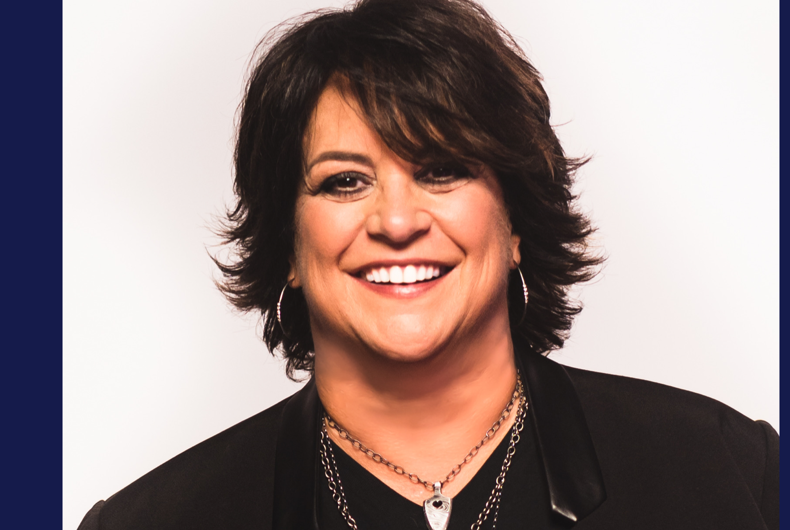 The Recording Academy, the organization responsible for the Grammy Awards that encompasses many of the most iconic voices and singers, has elected Tammy Hurt as the Chair of the Academy’s National Board of Trustees.

Now she is the first out person and just the third women to lead the board of one of the most influential entertainment organizations in the country.

As chair, Hurt will lead the body that regulates the mission and policies of the Academy, along with the Academy’s at-large president.

Hurt has been a drummer, Emmy-nominated producer, and executive for over 30 years. She is the managing partner of music licensing and scoring company Placement Music, where she has overseen the score the last two Super Bowl broadcasts shown on Fox, among other television shows and movies. She is also the co-founder of the Georgia Music Partners non-profit.

The election, held in May, also ended with singer-songwriter Rico Love named as vice chair and Grammy-winning producer Om’Mas Keith as the secretary/treasurer.

Along with Chair Emeritus Christine Albert, it’s the first time that all the leadership of the board will not include white men.

We've announced its newly elected national officers of the Board of Trustees, voted upon at the organization's annual spring Board of Trustees meeting in May, including @tammyhurt, @IamRicoLove, Om'Mas Keith (@OMMASDOTCOM), & Christine Albert. https://t.co/o5HTVRPo76

I am SCREAMING with pride for my sister-in-law @tammyhurt who was just elected Chair of The Recording Academy. She is the first gay woman in history to hold the seat, and only the third woman in history to ever be elected. 🎉🔥🎉🔥🎉🔥🎉 https://t.co/mN7Gton2g9

Holy shit! Soooo proud of my amazing sister-in-law @tammyhurt ! This has been a loooong journey and you worked so hard for this and this is much deserved. You are going to kick ass. https://t.co/uoiZ7GzNxI

President of the Academy at-large, Harvey Mason Jr., said in a statement, “I’m in awe of the amazingly talented group that’s been elected to lead this new era of the Academy and really excited at the possibilities as I start this journey with Tammy, Rico, Om’Mas, and Christine. I know this group is going to do great work as we continue to transform the Academy and support the music community.”

Hurt takes over for Mason Jr., who became the Academy’s interim president at-large in 2020 when the board dismissed then President Deborah Dugan, who allegedly “failed to perform her job duties as promised and expected.”

Dugan, the first women to become president of the Academy at-large, accuses the Board of rigging awards to select people they favor and and says that the executives were “abusive and bullying” to her for objecting.

The dispute and revelation illuminated diversity issues within the Recording Academy, where less than 82 of the Grammy-nominated acts from 2012 to 2018 had included women. The then president of the Academy, Neil Portnow, infamously claimed that women in the industry were to blame for their lack of representation and they needed to “step up.”

After her firing, Dugan pledged to “hold accountable those who continue to self-deal, taint the Grammy voting process and discriminate against women and people of color.”

LGBTQ artists are often underrepresented or allege mistreatment within the Academy. Frank Ocean, Halsey, Tyler, the Creator and others have criticized the Grammys and the institution behind it in recent years.

An expose on members of the Academy’s diversity and inclusion task force, which disbanded in 2020, revealed that members believed they dealt with “disheartening” obstruction from executives and were used “as pawns.”

Hurt’s leadership may be the opportunity for increased inclusivity within the Recording Academy and the music industry as a whole, where many LGBTQ people — including Brandi Carlile, Demi Lovato, Janelle Monáe, Lil Nas X, Lady Gaga, and Sam Smith  — are succeeding on the charts.

Hurt and Brendan Chapman, who is also out and became the COO of the Recording Academy last summer, were included on Billboard‘s Pride list of “Industry-Shaping LGBTQ Professionals.”