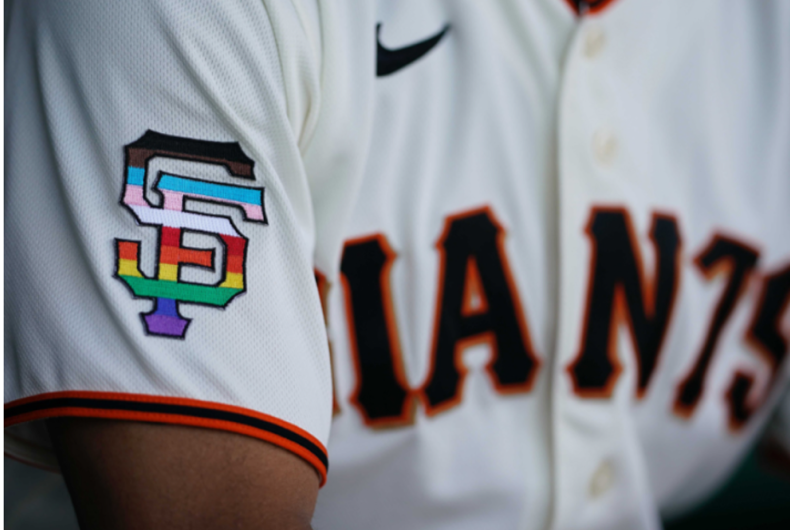 The San Francisco Giants became the first team in Major League Baseball to wear Pride colors onto the field on June 5 for their Pride Day game against the Chicago Cubs. The Giants updated their logo’s colors to incorporate Pride into their uniforms and caps.

The groundbreaking night in baseball will go down in history. The cap worn by Giants manager Gabe Kapler is being sent to the National Baseball Hall of Fame and Museum in Cooperstown, New York.

“I think it’s an exciting moment for our team, for our organization. I’m very proud of our group for publicly supporting the LGBTQ+ community,” Kapler said prior to the game.

“I think it’s an important step, and I think we’re all standing behind the community.”

Gabe Kapler’s cap from today is headed to the @baseballhall.

Evan Longoria sporting the Pride Day wristbands in addition to the logo and patch. pic.twitter.com/VGMF4Yi6TA

Team executives received overwhelming support from the Giants locker room when they made the decision. They note that the ability to have that conversation was made possible thanks to the attention brought to the Black Lives Matter movement in the last year since the murder of George Floyd.

“I think having some of these more uncomfortable, difficult conversations that we’re all having because of what’s happened in the last year allowed us to really get honest input and increase the comfort of some of our employees to come forward and tell us: ‘Okay, you’re going to do this? This is how we think it should be done,’” Giants senior vice president of public affairs Shauna Daum, told the Washington Post.

Kapler also hosted a roundtable discussion for the Pipeline for Change Foundation, a California non-profit aiming to build an inclusive environment in sports, with out former player and current league vice president Billy Bean and Giants executive Roscoe Mapps.

The Giants initially planned to incorporate the six traditional Pride rainbow colors, as they have in previous Pride merchandise. Team staff then implored them to include colors from the Progress Pride flag, which incorporates the light blue, pink and white colors of the transgender flag and black and brown to represent Black and Hispanic community members.

“Obviously this is a city that’s really inclusive. It was fun to be a part of,” starting pitcher Kevin Gausman said after the game. “I’ve never worn a hat like that before, so that was cool.”

He pitched seven innings in the game. The Giants would beat the Cubs, 4-3.

According to the Post, Pride night celebrations have become annual events at one of nearly every major league team’s home games in June. Only the Texas Rangers are not holding an event recognition for Pride this year.

Not everyone was happy about the landmark occasion, though. Tony Perkins, the leader of the anti-LGBTQ hate group Family Research Council (FRC) in his recent attack on Republicans for showing any level of support for LGBTQ people, mentioned the Giants’ uniforms.

“This month, fans can’t even go to a San Francisco Giants game without being bombarded with the league’s first Pride-color uniforms,” he complained.

For those who don’t understand why it’s important to have Pride Day and provide safe spaces and support for members of the LGBTQ+ community, this was just one of the emails I got after writing about the Giants adding Pride colors to their logo today. Bigotry and hatred is real. pic.twitter.com/LjvgiYtbgK

Honestly, so many kind responses to this, my faith in humanity is slightly restored. I’m still on Twitter a lot so not totally. 😂

Many, however, were celebratory of the Giants’ actions.

The Giants owner, Charles B. Johnson, is a noted supporter of right and far-right conservatives and has donated hundreds of millions to their campaigns and PACs.

“I don’t like the idea of politics affecting anything I do with the Giants,” he claimed in 2018.

For the first time in major league history, the San Francisco Giants debuted hats with Pride colors in their logo and a Pride-colored "SF" patch on their jerseys, an unprecedented on-field expression of support for LGBTQ fans. https://t.co/dkcleXJkm5