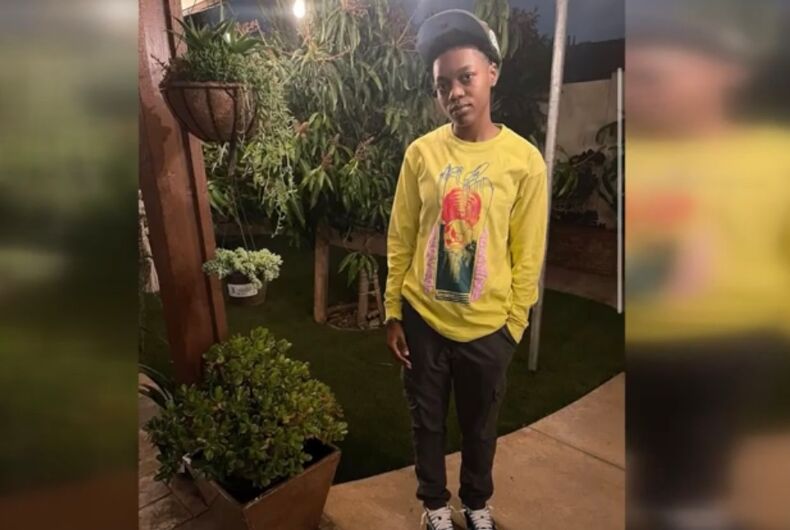 Lauren “Lela” Leslie, an 18 year-old Black lesbian from Bloomfield, Connecticut, was among three killed at the house of her girlfriend early in the morning of Friday, May 28.

Now her older siblings are saying that her murder is connected to her relationship or her sexual orientation.

Related: Black trans woman revealed as one of the victims of “Bonnie & Clyde” murder spree

Leslie was found dead along with Delores Wisdom and her husband, David Wisdom. David is the alleged perpetrator in what police are considering a domestic murder-suicide.

Police received 911 calls after 1 a.m. to the Wisdom household in Windsor Locks and found three people with “no signs of life.” One woman is currently in the hospital, and another teenager — believed to be Leslie’s girlfriend — was found uninjured.

While police have not publicly stated what they believe is the motive, Leslie’s brothers knew that she didn’t always feel “welcome” at her girlfriend’s home and believe she may have been hurt because of that.

“We raised her as a baby. My mom is in the hospital right now because she can’t take this,” Diondre Leslie, one of her seven siblings, told reporters outside the home where she lost her life. “We aren’t going to see her again. I have to live in the reality, that this is my new reality.”

“She is my little sister. She is a proud black, lesbian woman and I feel like it’s not fair she had to go through this,” said Jhavier Leslie, another of her brothers.

Leslie had graduated from high school last year and was planning to study to be a physical therapist. She had struggled with being “her true self” for years and was only dated her girlfriend for a year.

“She was beautiful, talkative, very calm, soft spoken. You can’t find people like her often. She’s very delicate, soft, you know, she was herself,” Diondre said.

The Major Crimes Unit of the Connecticut State Police responded to help investigate alongside the Windsor Locks police.

Windsor Locks Police Lieutenant Paul Cherniack said that details were “sketchy” and didn’t divulge details about their investigation at the time of their press conference outside the home on Friday.

But Jhavier believes that his sister’s death is the result of homophobia.

“I love her and miss her dearly,” he said. “It’s hard to go through this new reality of not having her here, but I think this is a part of a bigger issue in society that needs to be addressed of just homophobia and the dangers around that.”

He added, “This is just a nightmare for everybody. My mom’s literally in the hospital, she had a panic attack because it feels so unreal.”

Police did not identify the victims publicly, but the Associated Press, the Leslie family, and CT Foodbank/Foodshare (where Wisdom worked) did. She was “more than a coworker, she was a friend” according to the company’s CEO, who released a statement in her honor.