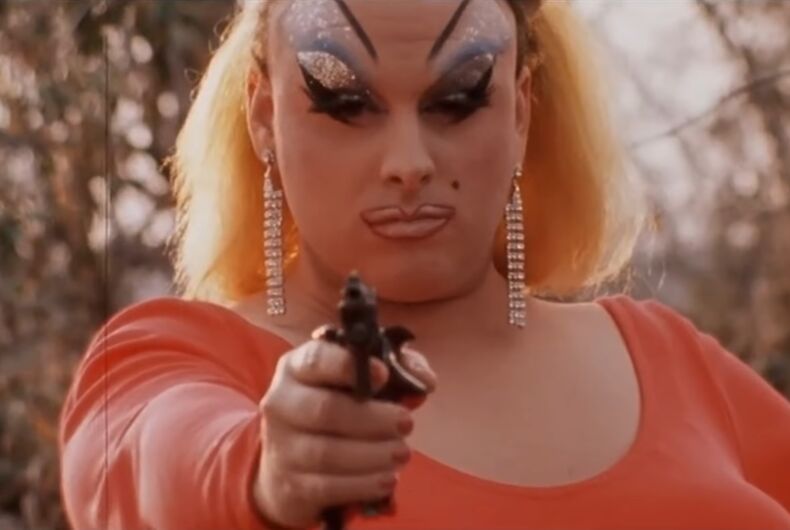 Is there any filmmaker whose work is as shocking and shameless as John Waters? Certainly, none who have reached his level of fame, or his unlikely impact. Though you may not know his work, you probably recognize the images from his films (Divine’s “filth is my politics, filth is my life” speech has recently found new life in a mini-TikTok trend), or his appearance on The Simpsons, or the musical Hairspray — now performed in schools across America.

How did a director whose early work was so daring that he was arrested in the middle of filming a scene become such a pop-culture icon? Simple: He found a way to harness the power of shamelessness.

Related: John Waters got the opportunity to learn about his ancestry. He’s shocked at what he found.

Take a look at some of his early films, the 70s-era trinity of Pink Flamingos, Female Trouble, and Desperate Living. Each one presents unlikely heroes who are entirely without shame, who loudly and proudly proclaim who they are, and whoever go so far as to defeat fascism.

Of course, a word of warning about Waters’ films if you’re thinking about watching any: They can be a bit of a challenge. Their reputation as being shocking is well-earned, and they feature images that may be difficult to watch. Anyone contemplating a watch might want to consult a plot synopsis ahead of time, just to be safe. Or better yet, read on.

Pink Flamingos, for example, features people vying to be named the “filthiest person alive.” In this world, filth isn’t something to feel bad about; it’s a badge of honor, a status symbol, something to brag about. On one side, you have Divine, playing a notorious criminal; on the other, a couple named The Marbles who kidnap and impregnate women to produce babies for lesbians.

There are a few key distinctions between the two; Divine may be gross, but she’s generally not destructive. The Marbles, on the other hand, are cruel and exploitative. They’re also hypocrites, calling the police on Divine and pretending that they themselves aren’t criminals too. And they lie about who they are: When caught, they try to claim that they’re simply someone else.

Divine, in contrast, never lies about who she is; she even summons the press to brag. She makes it clear that the true hero of this world is the one who has shed whatever shame one might feel about who they are.

Female Trouble is similarly shameless. In that one, Divine plays a young delinquent named Dawn Davenport whose only interests are looking good, committing crime, and getting famous. She teams up with a couple who want to exploit her passions, and soon she’s gleefully posing for photos while breaking various laws. Even after she’s caught and put on trial, she’s triumphant. Her shamelessness has earned her more fame than she could have ever dreamed of.

And then there’s Desperate Living, the most sprawling of John Waters’s early films. In this one, two women kill a man and then escape to Mortville, a town for people who are ashamed of things they’ve done. The ruler of the town is the evil Queen Carlotta, who delights in humiliating her subjects.

It’s not a particularly subtle setup — a town where people are trapped by their own shame is pretty on the nose. And in case you missed the metaphor, one of the characters even proclaims that they’re practicing fascism.

But as with the other films, it’s shamelessness that saves the day. The people of Mortville rise up and overthrow their oppressors, killing the cruel cops and eating the evil queen. “Mortville is now a free city,” proclaims one of the liberators, and that sense of freedom is one that likely would have felt particularly invigorating for the post-Stonewall 70s, just as Pride celebrations are picking up steam across the country.

These films aren’t exactly obscure, but they’re nowhere near as widely-known as John’s 1988 hit, Hairspray, which was turned into a musical that won 8 Tony awards. It’s since been adapted into a feature film with huge stars, and the show itself is performed in high schools across the country.

“It crossed over,” Waters said in an interview for Lincoln Center. “In every high school in America, they’re doing Hairspray now. Which is two men singing a love song to each other. A movie that encouraged your white teenage daughter to date black guys. But no one notices that that’s the message. They embrace it. And I somehow snuck that over.”

It’s an unlikely success story — that somehow, his most family-friendly film is also his most devious.