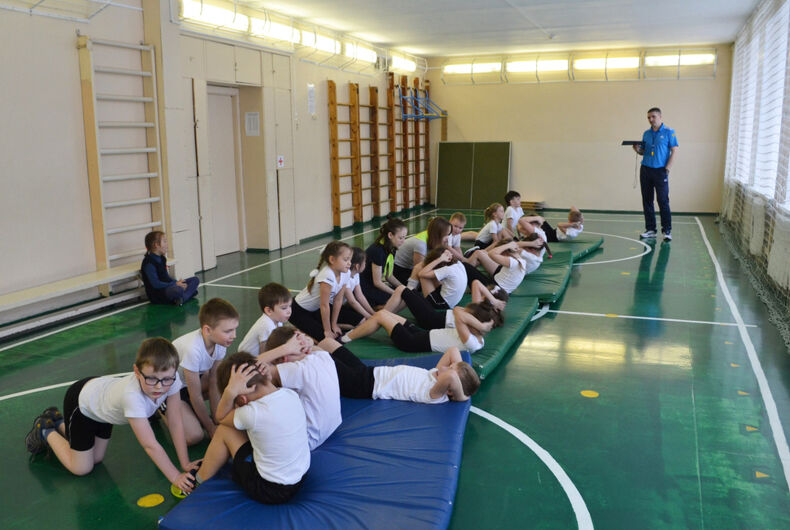 A Virginia elementary school physical education teacher is suing after he was placed on paid leave and barred from school grounds because of his refusal to follow school policy because respecting transgender students, he said, is “sinning against our God.”

Tanner Cross says he was simply exercising his “freedom of speech” when he told the school board that he would would insult and demean transgender students by refusing to use the students’ correct names and pronouns.

Cross said he could never “affirm that a biological boy can be a girl, and vice versa” during testimony before the school board as they considered a policy change that would require instructors to use the students’ chosen names and pronouns. The policy is still in the draft stage.

Two days later, Cross was placed on administrative leave and barred from the school grounds, school activities, and school board meetings.

“Mr. Cross used his constitutional right to speak up,” the suit states. “The core of constitutional liberty in a free society — the ability to comment on public policy under consideration without fear of retaliation — is at stake in this case.”

His lawsuit claims administrators violated his right to free speech and his right to the free exercise of religion. He demands to be reinstated to his job and an injunction to prevent the district from barring him from school grounds.

Cross is being represented by the Alliance Defending Freedom (ADF), a far right outfit that serves as the legal arm of the Evangelical religious right.

ADF is also responsible for this year’s spate lawsuits targeting anti-discrimination legislation, filing on behalf of Christian business owners who haven’t even been asked to serve LGBTQ customers but claiming that their religious freedom is impeded by the mere existence of civil rights laws.

The act of purposely referring to someone with their pretransition pronouns is known as misgendering and the act of intentionally using someone’s birth name, or name before transition, is known as “dead naming.”