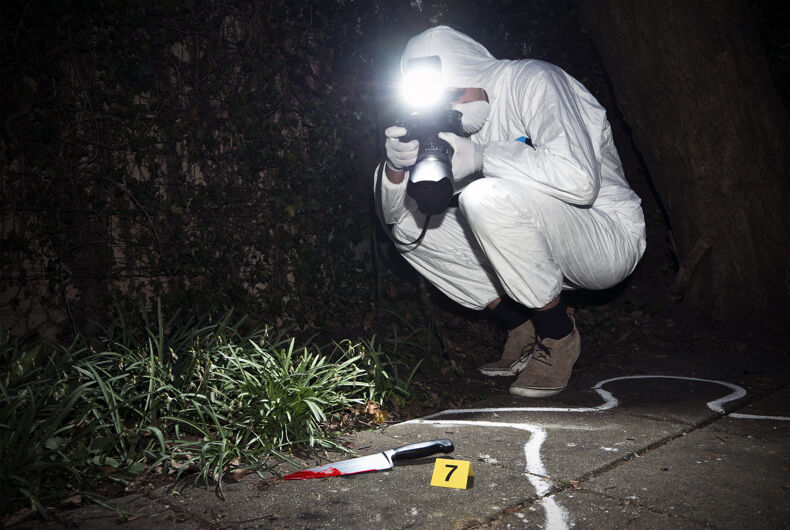 An Alabama teen stabbed a man who attacked him and his friends as they filmed a TikTok video in Miami Beach.

Glenford Rhule Jr., the 24-year-old suspect, asked the teen if he is gay and then started throwing things and insulting the group before punching them.

The victim said the man asked “Are you gay?” before responding, “Ugh, I don’t like gay people”

“He ended up spitting at me, and then, that’s when he threw the beer at me.”

One member of the group was hit by a chair hurled by the man and another was punched in the face.

But the teen was the focus of the man’s rage and as the fists flew, he grabbed a “random knife” lying on the street and stabbed his attacker “for fear of his safety.”

“I just saw something shiny on the ground, and I just stuck him with it,” the victim said. “I ended up stabbing him [on his left side].”

But Rhule pulled the knife out and started chasing the group as they sought help. The friends ran to a nearby hotel with Rhule in pursuit and waving the knife.

“It looked like a knife in his hand,” Sherbrooke Hotel owner Mitch Novick said. “People were turning around with fear in their eyes.”

Rhule was arrested on charges of battery. Authorities are considering adding hate crime charges as well.