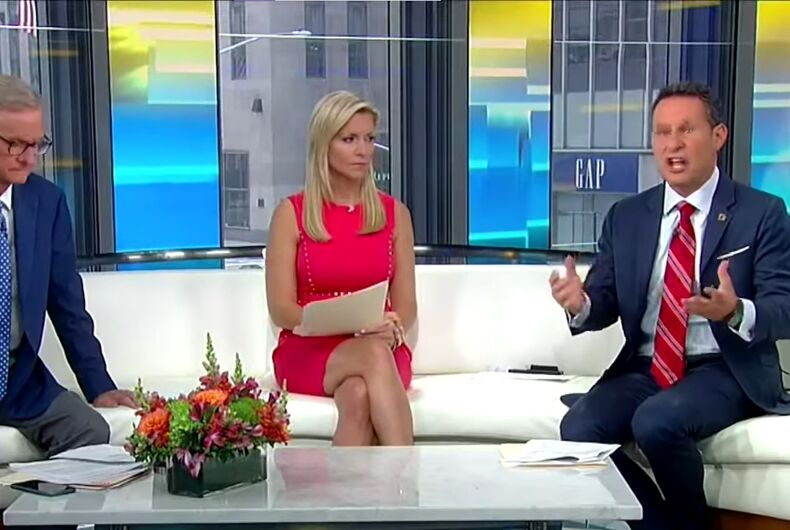 A Fox News host claimed that schools are trying to “take down white culture” by teaching “critical race theory” in order to “marginalize” straight, white men in a heated rant.

“They’re not acknowledging any improvement in our culture, the gains made, how we are more equal, even despite our faults, than any other country,” Fox & Friends host Brian Kilmeade said. He said that schools aren’t just trying to “raise up minorities” anymore, “they’re trying to take down the white culture.”

Related: White mom goes viral after she cries that she’s “not a racist, dammit!” at school meeting

“This generation of Americans wonders why aren’t we all Americans?” Kilmeade fulminated. “Why are we being marginalized on a daily basis based on our gender, our sexuality, and the color of our skin. And it’s not even subtle! It is actually out there! It is written in black and white!”

He went on to say that “critical race theory” is not like “other civil rights movements in our past,” even though it was a movement in legal scholarship since the 1970s.

“We’ve seen the enemy and it’s white people and they wonder why people have a problem with it,” he exclaimed.

Kilmeade’s co-hosts were less agitated, but not more helpful. Ainsley Earhardt said that Bible lessons should be taught in schools instead of the history of racism.

“Don’t see people for skin color,” she said. “We look to the Bible in my house. We love everybody. Everyone was created by God and we live in this great country where you can be anything that you want to be and you can be an individual.”

And co-host Steve Doocy said that Barack Obama was president, which means racism is over.

The fact that there is a white president at the moment – and many popular white entertainers – apparently doesn’t disprove the marginalization of white people Kilmeade was discussing.

Largely unnoticed by most Americans, it became the far-right’s new boogeyman this past year with Donald Trump issuing an executive order banning it, state Republican lawmakers demagoguing it, and conservative media whipping their audience into a frenzy over how critical race theory is being taught to young children in schools.

Barack Obama saddened by attacks on trans youth: “It breaks my heart”