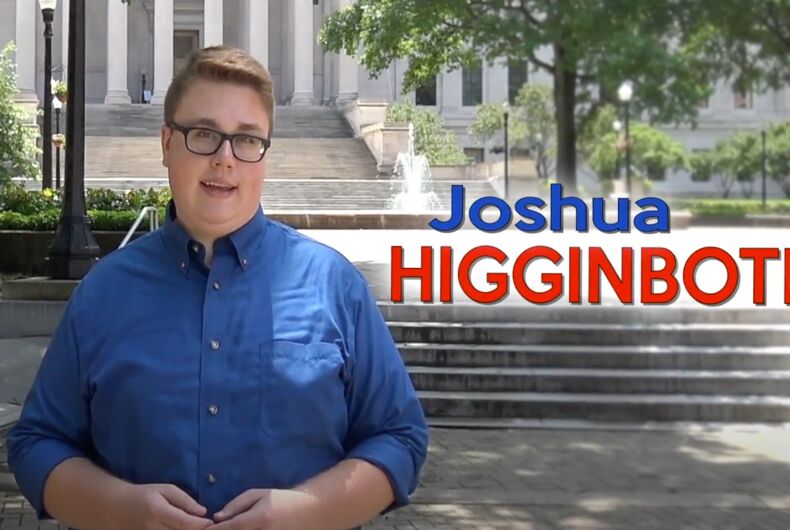 Joshua Higginbotham has charted an unusual path in politics. First elected at 19-years-old, the conservative Republican made headlines for being the youngest member of the West Virginia House of Delegates and has been re-elected multiple times since.

But now the Trump supporter has thrown in another plot twist. He came out as a gay man on social media to praise from Democrats and castigation by conservatives.

The cognitive dissonance between the responses wasn’t lost on the internet, despite Higginbotham’s earnest assurances that he’s “still a Christian” and “nothing has changed.”

“Now you know this about my persona life,” he says in a video posted to Twitter “that you didn’t know before. I’m still the same guy you voted for in six elections – three primaries and three generals.”

The pledge to remain true to rightwing ideology rang false with the religious right, however.

While LGBTQ people and local Democrats responded with congratulations and encouragement to stop supporting a party actively working to harm the queer community, the Family Policy Council of West Virginia sent out a text to supporters “accusing Higginbotham of pretending to back the Republican Party platform in West Virginia and calling for his resignation.”

As he noted on Twitter, he has sponsored every pro-equality bill since he took office.

My family accepts me. My friends accept me. Now I’m asking you to accept me as well.

He’s a hypocrite. And evidently will do anything to quench his thirst for power.

Also, I don’t care if he’s gay. The hypocrisy is what is disgusting.#wvpol

I am a WV native. Now that you've expressed yourself openly, I do hope you don't ignore the needs of the queer community as a whole. You might find your "conservative values" being challenged as you see other LGBTQ+ people being mistreated by your choice in party.

And I have sponsored every pro-equality bill since taking office and will continue to do so.

Pride in Pictures: Our first hugs in five months