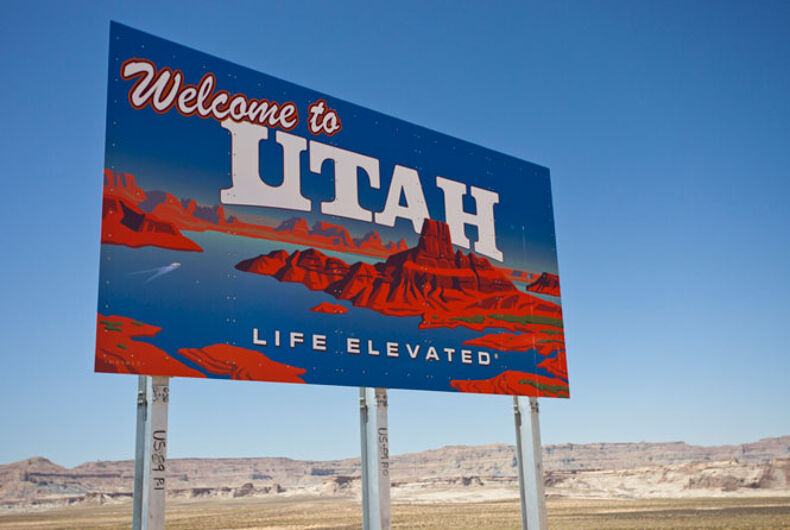 The Utah State Supreme Court took over three years to come to a decision, but today announced a ruling in favor of trans rights that will reverberate throughout the state.

With a sharp rebuke, the court overturned a district judge’s decision to deny two transgender people the right to change their birth certificates to reflect their gender identity.

Only judges in Utah have the ability to change someone’s gender marker or other information on their birth certificate. While most judges have routinely performed the bureaucratic procedure without fuss, one contrary judge decided to deny petitions from Sean Childers-Gray and Angie Rice. The judge also used derogatory language in their ruling.

Speaking for the majority, Justice Deno Himonas pointed out that the two met all the requirements already set out by the legislature for the change to be properly done and that the procedure is normally done without controversy.

“Accordingly, we reverse and remand with instructions to enter orders granting their sex-change petitions.”

The court’s ruling included the notation that “language matters” in several places, pointing out that it is important to use proper pronouns, descriptions, and names.

“We address appellants by their appropriate pronouns,” the court wrote in the decision. “The ease with which we could have misgendered them by using opposite-sex pronouns, despite their appearance and pronouncements, amplifies the importance of matching their government identification documents to their held-out identities.”

“As for the district court‘s declaration that ‘some biological facts are not subject to voluntary modification,’ the reader must be clinically aware by now that the sex change we are discussing has less to do with biology than with identity,” he wrote. “And as for the hypotheticals suggested by the district court, we generally frown upon unsupported slippery-slope arguments.”

The Utah Attorney General was asked to weigh in on the matter by the court, but refused, saying the issue had obviously already been decided by the legislature when they created laws on what was required to change a birth certificate.

“The Utah Legislature rejected two anti-transgender bills, and today, the Utah Supreme Court has upheld transgender rights to live freely as their authentic selves. This is ‘equality under the law’ in practice, right here in Utah,” Equality Utah director Troy Williams said.