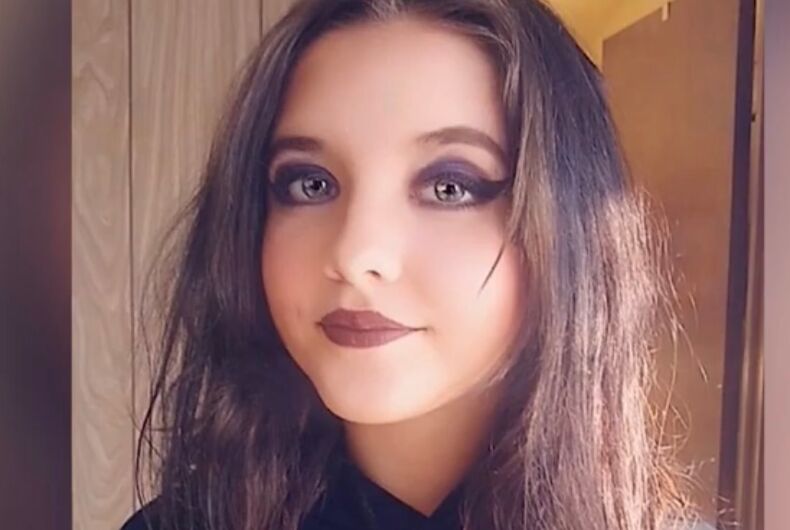 Two employees at a Kansas school will receive disciplinary action after banning a student from the bus because they overheard her say “I’m a lesbian.”

An internal investigation by the school district’s board found that by banning eighth grader Izzy Dieker from the bus, the two employees were in violation of both district policy and federal Title IX regulations.

The incident in question occurred on January 27, when Gadino overheard Dieker saying to another student on the school bus, “I’m a lesbian.”

For that, Gadino reprimanded her and made her move to the front of the bus. Based on a report from Gadino, Principal Wiltz then banned Dieker from the bus, citing her “inappropriate language” and her alleged refusal to comply with Gadino’s request to move.

As it turned out, Dieker did comply.

Angela Stallbaumer, an attorney for the school board association, wrote in her report of the investigation that a video from the bus that day shows Dieker not only did move to the front of the bus when asked, but that Gadino ignored the fact that other students were using “shockingly profane” curse words. Gadino focused only on the fact that Dieker said lesbian.

She then misreported that Dieker refused to move, and also falsely claimed in her report that Dieker had said, “I’m a fucking lesbian.” The footage showed Dieker did not use the profanity.

The video also showed Gadino insisted to Dieker that the younger students at the front of the bus should not know what the word lesbian means.

Principal Wiltz apparently did not even watch the video before siding with Gadino and banning Dieker from the bus. He reinstated her bus privileges after he saw it, but he also admitted to previously telling Dieker’s father, Daniel, that her use of the word lesbian was not appropriate.

In her report on the investigation, Stallbaumer wrote, “To allow a steady stream of profane language to be loudly aired on the bus without any response and then to take such drastic actions to stop the bus and admonish Izzy for her statement regarding her sexual orientation in front of her peers, shows both a lack of knowledge of the protections afforded to students under Title IX and a strikingly inconsistent and ineffective disciplinary strategy.”

She added, “At a deeper level, though, the actions of the Respondents reflected that they fundamentally disapproved of her sexual-orientation and, quite possibly, her as well.”

While Stallbaumer did recommend disciplinary actions, Dieker’s father doesn’t have much hope. It took the family turning to the media for the school to even take action in the first place, he said.

“I think that the bus driver and Mr. Wiltz are both going to get a slap on the wrist and [it will] be swept under the rug again, just like everything else,” he said.

Emporia High School did, however, rescind its recent offer to Wiltz to become its assistant principal and athletic director.

Izzy now rides a bus with a different driver, but her father said Izzy and her sibling will be switching schools next year because “the district has lost all our faith.”

Dieker, who is 13, and her family reported the incident to media, which was first covered in February.

“It made me upset to think that people go through this every day and also that kids are growing up thinking that it’s a horrible thing and they shouldn’t be talking about it at all,” Dieker said at the time, “when honestly it should be the other way around.”