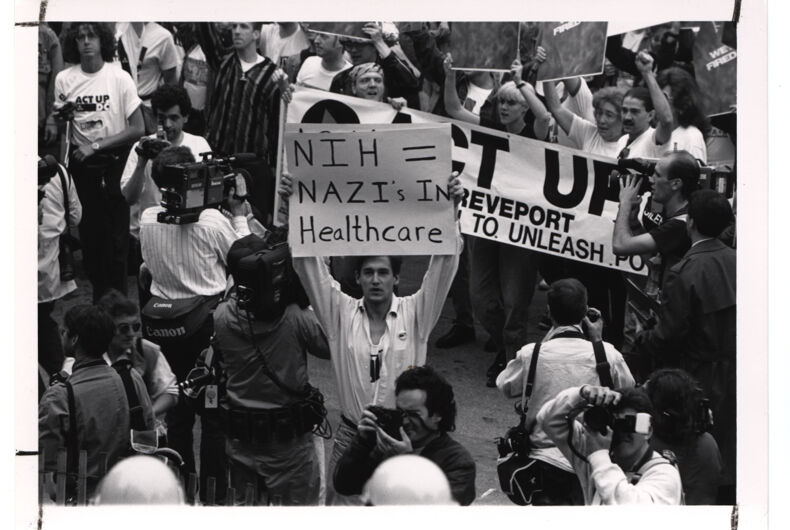 In the 1990s, the fire and fury of AIDS protests continued.

The above photograph was taken May 21, 1990, at an ACT UP demonstration at the National Institutes of Health.

1,000 activists stormed the NIH and demanded patients have more access to decisions made about clinical trials. The event is considered critical in increasing the community’s involvement in AIDS research.

And while some progress was made, the 1990s was also wrought with setbacks.

In 1996, President Clinton signed the Defense of Marriage Act, defining marriage as between one man and one woman.

The decade was also defined by the tragic and horrific 1998 murder of Matthew Shepard in Laramie, Wyoming. Shepard was beaten, tied to a fence, and left to die, becoming a symbol of the murderous dangers of homophobia left unchecked.

At this time, though, even many liberal politicians were not yet prepared to publicly embrace the movement.

And yet, visibility and support continued to grow, as demonstrated by the massive crowd that showed up for the 1993 March on Washington for Lesbian, Gay, and Bi Rights and Liberation, as shown in the photo above.

Estimates differ on how many people attended, but many believe it was close to one million.