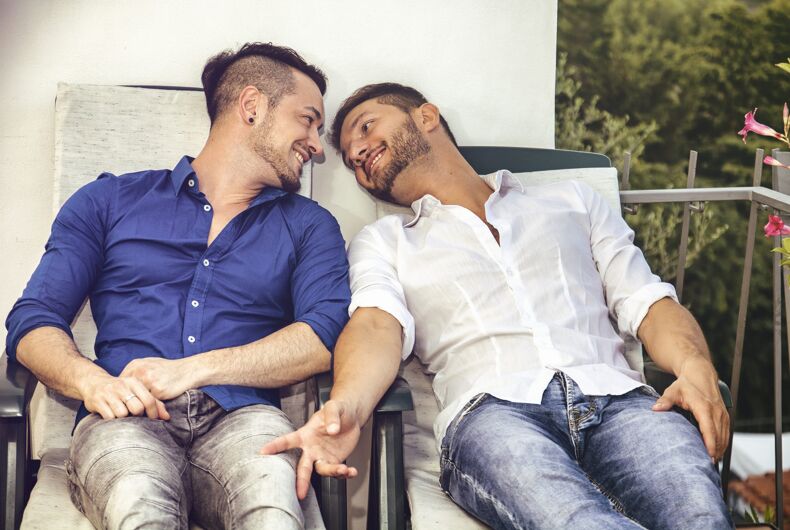 Based on laboratory studies from prominent scientists John Gottman, PhD. and Robert Levinson, PhD., here are five relationship truths that may surprise you.

Related: ACT UP is giving away joints to anyone that shows their COVID vaccination card

Men married to men report the lowest marital strain in their daily diaries recorded in research studies. Women married to women are in the middle, and heterosexual marriages report the greatest distress.

Overcoming the gender divide and dealing with the history of the power imbalance between men and women is hard. Same-sex couples don’t have to deal with that. They have less baggage from gender expectations and gender roles.

Same-sex couples are also more likely to talk through their individual preferences about who does what at home. This is especially true for gay men and is probably why they express the most satisfaction with the division of labor.

Affairs are not the most common reason for breakups

While affairs may be the most common reason people seek help from couples counselors like me, they are not why most couples break up. Recovery from affairs is tough work, but affairs are not deal breakers in the majority of relationships.

The major cause of breakups is feeling emotionally distant from your partner. This causes 80% of all breakups.

Affairs are often the wake-up call that helps couples start learning how to connect emotionally.

Research also tells us gay men are much more conscious than heterosexual men of monitoring their partner’s needs for emotional support so that they can provide that support when it is really needed. This really helps when couples are trying to repair after affairs.

Harsh tones matter. The most important predictor of whether or not the conversation will go well is if you bring up the difficult topic with softness rather than harshness. 96% of fights end in the same tone where they start.

The good news is that research reveals that gay and lesbian couples use less belligerent tones when they fight. Same-sex couples also use more affection and humor when disagreeing. And they calm down more quickly after fighting.

Even when they are not arguing, same-sex couples use more positive methods of influencing their partner. Compared to heterosexual couples, they use more praise and less guilt, lecturing, and criticism.

The conventional wisdom is that people expect too much from their partners and that it causes relationship pain and breakups. The research does not support this.

The research shows that people who expect to be treated well get treated well. People who lower their expectations get less well treated.

While expecting to be treated with kindness and respect leads to better relationships that doesn’t mean your relationship should be free of conflict and problems. Read more on that below.

Most people are surprised to learn that in happy relationships most conflicts are never resolved. You will have the same conflicts with your partner over and over. They remain as problems but they are managed through dialogue.

How we communicate—our tone, our empathy, and our non-defensive attitude matter a great deal. But does it matter that we solve the problem? Not so much.

Adam D. Blum, MFT is a licensed psychotherapist and the founder of the Gay Therapy Center, the largest private therapy provider for the LGBTQ community in the US, with offices in San Francisco, Los Angeles, New York, Washington D.C. and online services available worldwide.