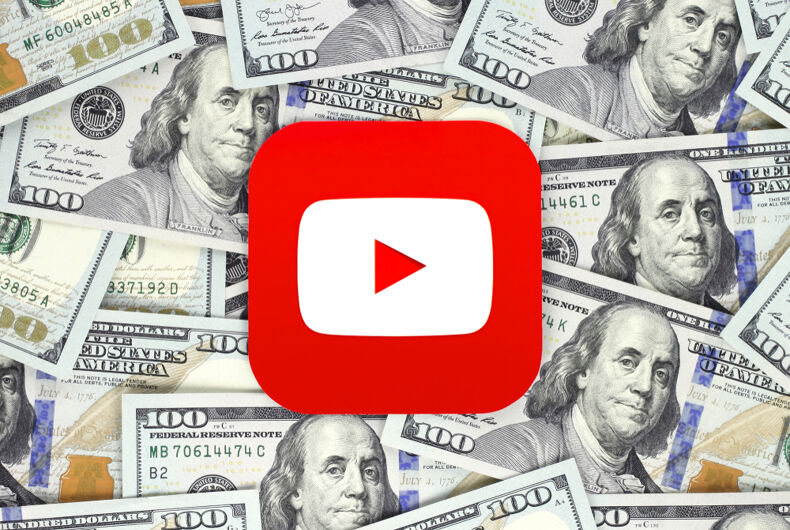 Prager University is not an actual institution of higher learning. Quite the contrary, it’s a rightwing propaganda outfit that spreads far-right misinformation online.

But in an especially egregious violation of their own terms of service, YouTube is allowing the group to fundraise off of a video that tells parents to reject their transgender kids because the children have been brainwashed by social media.

The five-minute video features anti-trans author Abigail Shrier and runs through a litany of bogus facts cherrypicked to fit her assertions. Some of the “statistics” and statements she makes are verifiably false.

Shrier testified as a Republican “expert” during a Senate committee hearing on the Equality Act, landmark civil rights legislation for LGBTQ people. Her testimony deliberately used incorrect pronouns and demeaning language to oppose the bill.

The video focuses on youth – while referring to them as “children” to make them seem younger. It particularly focuses on trans boys, describing them as “girls” to reinforce the conservative ethos that women should be protected from nefarious forces who want to violate their bodies.

The video has been viewed more than 1.5 million times as of publication.

Not far above the description is the notice that the video is part of a fundraising push by the group. The sidebar shows Prager U has raised almost $53,000 from the solicitation that denigrates “troubled girls” who “buy into the fantasy that gender transition is the answer.”

While the site has previously removed the group’s videos and Prager U promotes that fact as “proof” of how dangerous and truthful they are, this one has so far been allowed to remain. YouTube’s giving program rules require that content providers follow the site’s Terms of Service that supposedly protects transgender people from untrue and denigrating “explainers” like this one.