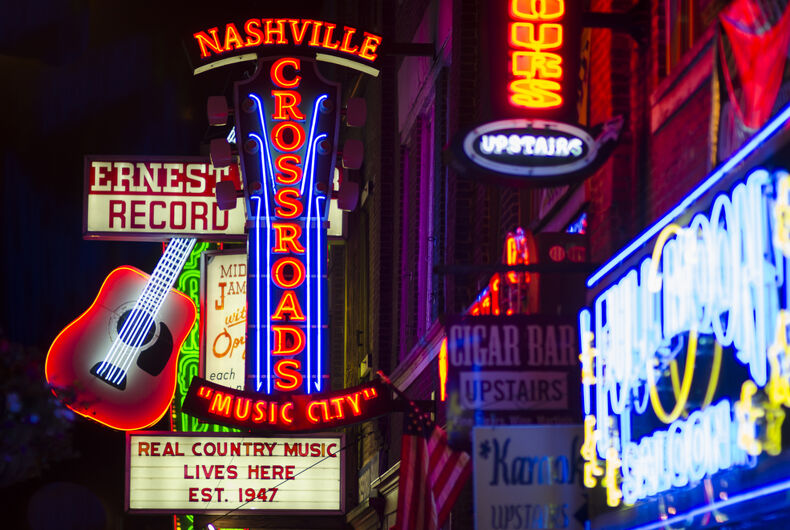 The world’s first transgender billionaire is sending a pointed message to Tennessee legislators and the music industry is joining in the chorus.

Republican state legislators have launched multiple vicious attacks on the LGBTQ community this year, spurring backlash by major corporations and celebrities. Twenty-five anti-LGBTQ laws have been proposed in Tennessee alone so far this legislative session.

Jennifer Pritzker, whose family started the Hyatt Hotels Group, pulled no punches when she threatened to yank her family’s trust out of state.

“As a transgender woman, these unnecessary and hurtful laws are personal to me,” Pritzker said. “As a businesswoman, my larger concern is the impact they will have on Tennessee’s reputation and, ultimately, economic well-being, as businesses and tourists turn elsewhere.”

“No state benefits from the perception that it is an intolerant and unwelcome place for people of different backgrounds, and it alarms me gravely to see this state vying for the title of least inclusive in the nation.”

Three dozen of the largest players in the music industry are also warning GOP legislators that their actions will have consequences. Nissan North America, Dell, Pilot, and Mars PetCare have already issued statements opposing the discriminatory bills.

“Apart from regulatory overreach into matters that should be left to parents, health care experts, and businesses, the passage of these bills would hinder Tennessee’s continued ability to recruit the best talent, support business innovation, and serve as the dynamic home to some of the nation’s most exciting music, entertainment, travel, and tourism opportunities,” the letter said. “The proposed legislation would be disastrous to Tennessee’s social and economic health.”

Another bill, H.B. 800, would ensure “public charter schools shall not locally adopt or use in the public schools of this state, textbooks and instructional materials or supplemental instructional materials that promote, normalize, support, or address lesbian, gay, bi-sexual, or transgender issues or lifestyle,” according to the text of the proposed law.

The bill says that mentioning LGBTQ people in schools “offends a significant portion of students, parents, and Tennessee residents with Christian values.”

In a separate letter to Gov. Bill Lee (R), Curb Records founder Mike Curb warned that he would “the (No.) 1 discriminatory governor in America” if he signed the legislation if it passed. Lee has already signed into law a bill that bans trans girls from competing in middle or high school sports in accordance with their gender identity.

“I signed the bill to preserve women’s athletics and ensure fair competition,” Gov. Lee on Twitter. “This legislation responds to damaging federal policies that stand in opposition to the years of progress made under Title IX.”

Lee further expressed that he “commend[s] members of the General Assembly for their bipartisan work.” Not a single Democrat state senator voted in support of the legislation, but a few House Democrats did.

The Trevor Project reports that they have taken over 2,400 crisis contacts in Tennessee over the last year. They estimate that that’s less than seven percent of the LGBTQ people that have been in crisis throughout the state in that time frame.